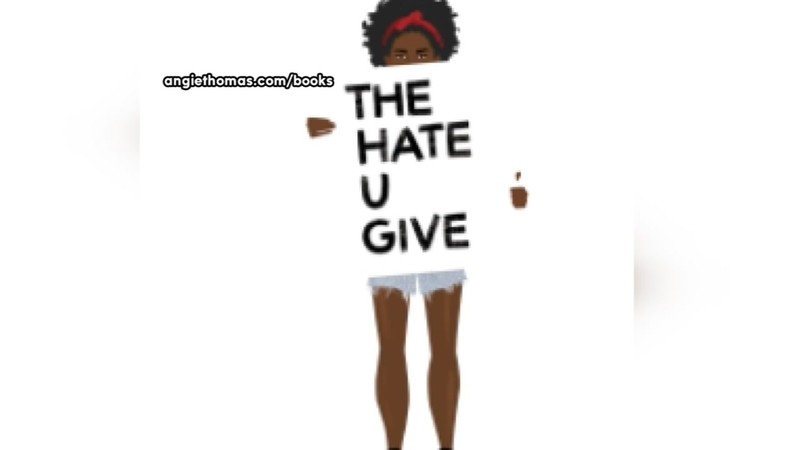 KATY, Texas (KTRK) -- Katy ISD says it's reviewing the book, "The Hate U Give," after pulling it from its libraries for what the district calls "profane language."

Superintendent Lance Hindt released a statement about the district's decision to remove the novel, saying in part that, "A review of the book in question shows it to include pervasive vulgarity and racially insensitive language. As such, the book has been removed pending further review based solely on its pervasive vulgarity and not its substantive content or the viewpoint expressed."

Hindt also explains that the book has not been banned, despite reports that it had.

"The Hate U Give," written by Angie Thomas, is about a teenager who witnesses the fatal shooting by police of her unarmed black friend.

The online backlash to the book's removal has been swift, with many fans of the novel taking their complaints to Thomas, who has also weighed in on the conversation.

I'm saddened to hear that a school district in Texas banned #TheHateUGive, but I'm also empowered - you're basically telling the kids of the Garden Heights of the world that their stories shouldn't be told. Well, I'm going to tell them even louder. Thanks for igniting the fire.

— I Don't Cast Films Or Know When Trailers Will Drop (@angiecthomas) December 1, 2017

She added that she doesn't criticize educators for having an issue with the language used in the book, but says, in part, "I wrote it because I have a HUGE issue with how little value is given to black lives."

Katy ISD says an administrative review of the novel is underway.