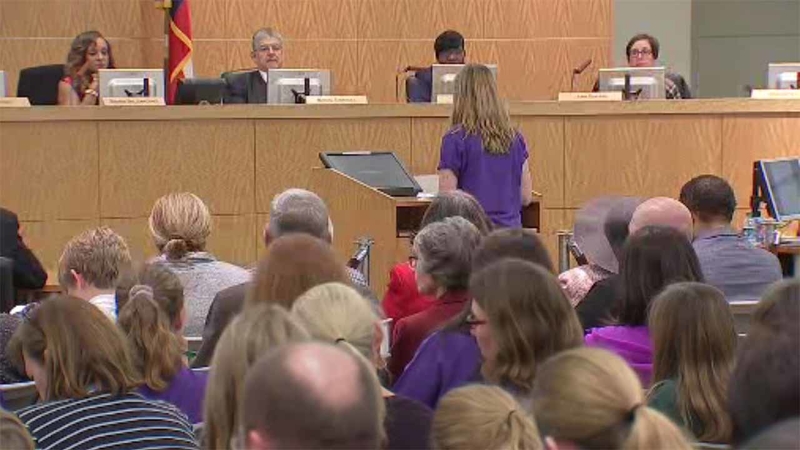 HOUSTON (KTRK) -- Four schools within the Houston Independent School District will be renamed and four others removed from the discussion after approval Thursday night.

With the name-changing measure, each campus will be required to form a school-naming committee made up of diverse staff, students and parents.

Linda Scurlock has been fighting to change the name of Dowling Middle for months.

"I think about Nazi Germany, and nothing in Germany is named after Hitler, you know he lost too," Scurlock said. "That's my feeling about that. We should think about a united country."

Howard Moon represents the other side of the debate. He graduated from Reagan High School in 1951 and wants the school to keep its name.

Moon said his alumni association donates thousands of dollars in scholarships to students at Reagan.

"We're so fearful that if they change the name, a lot of those future contributions is not going to come to Reagan," Moon said. "It's going to go to other schools."