Months after blowing whistle on cause of $211M shortfall, HISD auditor suspended 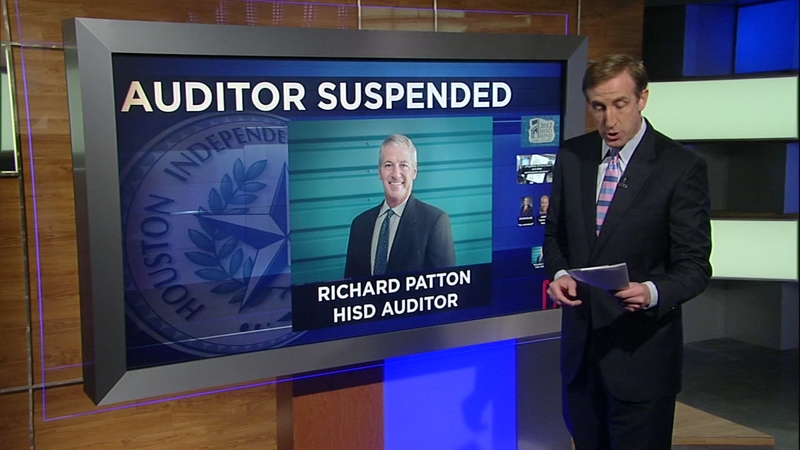 The March 10 letter suspending Patton cites "allegations of misconduct and other performance concerns," but provides few specifics. A list of other current employee suspensions shows details such as "assault" or "criminal investigation." Patton's only detail shows his investigation is "pending" and the probe is being is being conducted by the law firm of Rogers, Morris & Grover.

Patton's investigation is not criminal in nature, but board members said they will not discuss the suspension.

"It's a personnel issue," said Jolanda Jones, a recently elected board member and member of the audit committee, who said she was quoting a district lawyer.

Anna Eastman, another trustee, said she would not comment.

Patton, who was hired in 2014, declined repeated requests for comment.

He certainly has ruffled feathers in the upper echelons of the HISD administration and among some trustees when he blew the whistle in October that a $211 million shortfall in the district's $19 billion bond program was not due of inflation -- as HISD brass claimed -- but because of "scope creep by agreeing to work that was not in the original plan."

See that story here: Audit: HISD inflation claims as cause for $211M shortfall are false

HISD administrators at the time lashed out at Patton's audit by saying it was "reckless and irresponsible."

Patton's personnel file shows he was a good employee who scored "effective" or "highly effective" in most areas where he was judged.

He also shook up the HISD auditor's office.

Just before Patton arrived at HISD, a 2013 report by the Institute of Internal Auditors gave the HISD office miserable scores and recommended reams of suggested changes.

By October of 2015, when the Institute of Internal Auditors returned, they gave the office under Patton top scores.

The reports, found on the HISD website, are linked to here:

Patton is a 30-year veteran in the field of audit and compliance, according to his bio on the HISD website.

Before taking the post at HISD, he worked at the Duke Energy/Panhandle Energy/Texas Eastern Transmission in Houston and with Boardwalk Pipeline Partners LP/Entergy Koch LP, where he served as the chief compliance officer.