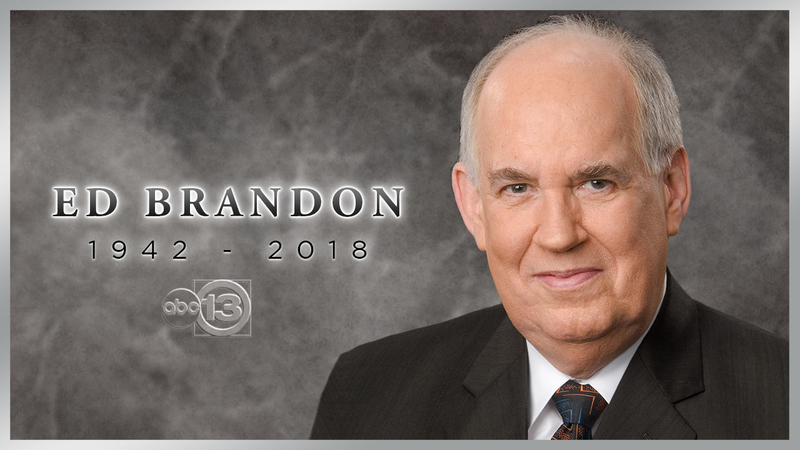 Ed came to Houston in 1972 to become the weathercaster for 13 Eyewitness News. KTRK's station management gave him the title of "Texas' Most Experienced Weathercaster."

ABC13 General Manager Henry Florsheim said, "Ed was part of the Eyewitness team that formed the foundation for ABC13 today. Ed presented weather with a smile and made it understandable for all."

A native Texan, Ed was born in Texarkana, Texas in 1942 and attended Austin's McCallum High School and the University of Texas at Austin. He started his broadcast career as a disc jockey at radio stations in Texarkana and Longview. After a stint as an announcer at an Austin radio station, he moved into television as a talk show host and weather reporter at KHFI-TV in Austin.

In May 1972, Ed left Austin to accept the weather position with KTRK-TV. He retired from ABC13 in May 2007 after 35 years with the company.

Ed's brother Burt Branstetter tells us, "Ed was the sweetest guy I ever knew and loved his Channel 13 family."

Ed served for many years on the Advisory Board of the Houston Council on Alcoholism and Drug Abuse. He hosted an annual golf tournament benefiting Cenikor, one of the nation's largest and most successful non-profit residential treatment centers for indigent alcoholics and drug addicts.