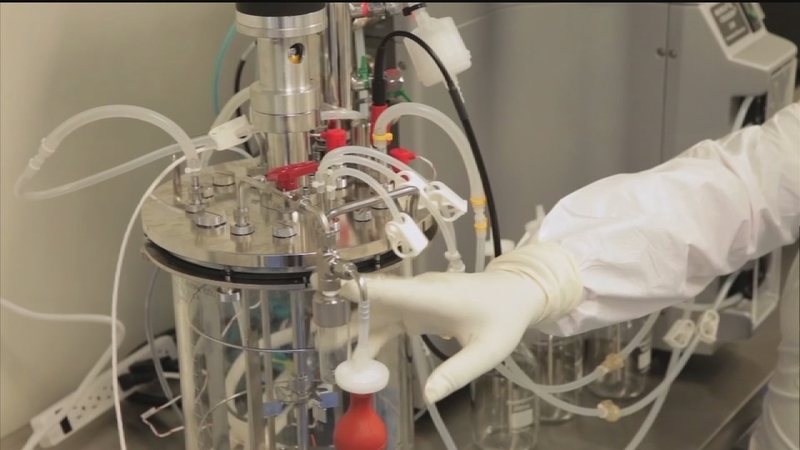 DALLAS, TX (KTRK) -- One possible treatment for Ebola is the experimental drug Z-MAPP. If the FDA approves the drug, it will be made at three labs, one of them is on the campus of Texas A&M.

The researchers who are racing to find a cure for Ebola say the biggest mistake the world has made in the fight against the disease was waiting this long to take the virus seriously. Now a potential treatment is being studied and could be massed produced at Texas A&M.

The fight against Ebola will very likely come here, to a lab Texas A&M. where the experimental drug Z-Mapp may be put into mass production.

"It is very specific for Ebola and it has shown very promising data in pre-clinical studies," said Dr. Gerald Parker with the Texas A&M Health Science Center

Why here? Parker says this facility on campus is one of three in the nation that can ramp up production of the drug once the word is given. But researchers are doing what they can now anyway.

"We are moving forward and the whole community is moving forward as we better understand the efficacy going ahead and starting production of it as well, we can't afford to wait," he said.

Even the maker of ZMAPP says they do not know if it works. But because the Ebola outbreak is getting worse, risks are being taken in an effort to combat the virus.

Normally, human trials would be ordered before production ramps up but those steps are being rushed as the outbreak spreads. If ordered to start making large quantities of ZMAPP, the facility can do it rather quickly.

"Once given the go ahead, it's going to be weeks to months as opposed to months and years," Parker said. "That has the potential to save a lot of lives."