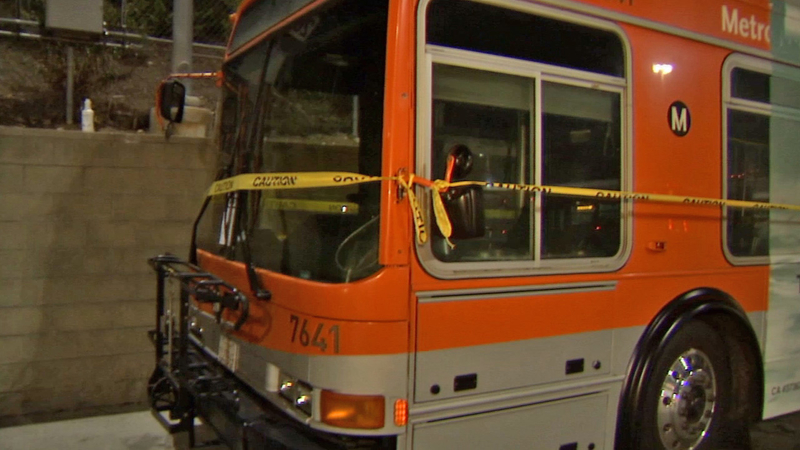 "He leaned into the driver and said, 'Don't mess with me, I have Ebola,'" said Paul Gonzalez with Metro.

After seven minutes, the man threw off the mask and exited the bus.

Out of an abundance of caution, the bus was sequestered at a parking lot at Metro's Division 10 at 742 Mission Road in Lincoln Heights, Metro spokesman Paul Gonzales said.

The mask has been recovered and is now being analyzed. Metro officials are also reviewing surveillance tape to see if they can identify the passenger.

"This is a very serious thing, and the idea that he could say something that he maybe thinks is funny that causes fear in a lot of people, well that falls under the category of terrorism," said Gonzalez.

The bus driver was quarantined and examined by paramedics. He was transported to a local hospital in good health.

The case appears to be a hoax, but Metro officials and are continuing their investigation.