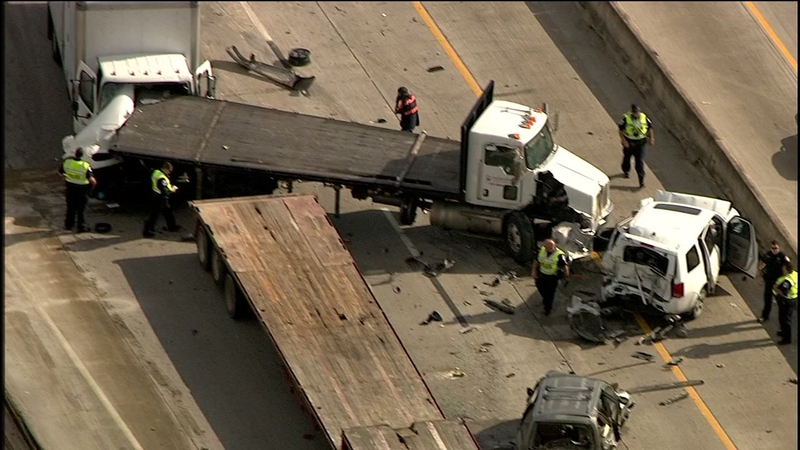 BAYTOWN, Texas (KTRK) -- A major wreck involving three trucks snarled traffic on the inbound lanes of the East Freeway in the Baytown area.

Skyeye 13 captured the wreck showing the back end of a flatbed truck crashed through the windshield and into the cab of a big box moving truck.

Another flatbed truck and two smaller vehicles, which appeared to be a van and an SUV, also took on damage.

Baytown police said some of the people involved in the crash were taken to area hospitals to be checked out, but no one was seriously injured.

The crash, which was reported around 11 a.m., is located on the westbound lanes of Interstate 10 at John Martin Road.