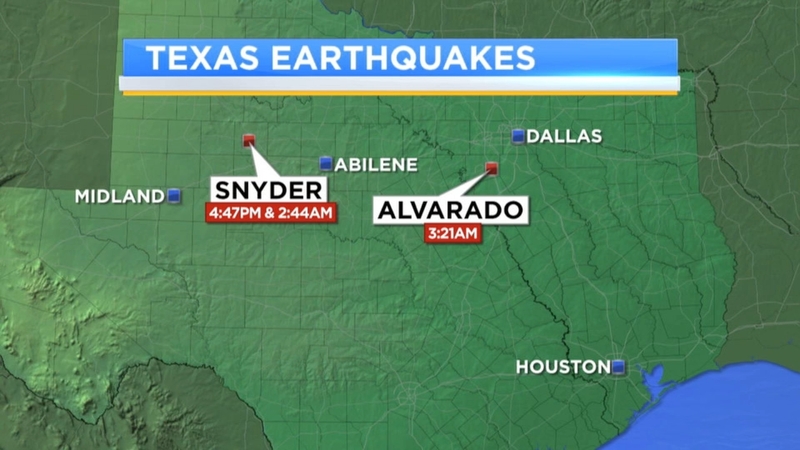 Parts of Texas have been rocked by three earthquakes in less than 12 hours.

Two of the quakes happened in west Texas around the town of Snyder. The first quake in that area was a magnitude 4.0 around 4:47 p.m. Monday.

Less than an hour later around 3:20 a.m. Tuesday, a magnitude 3.2 earthquake shook the area near Cleburne, southwest of Dallas.

According to intensity maps on the U.S. Geological Survey website, there are no reports of major damage or injuries.

However, there was moderate shaking reported in north Texas during the magnitude 3.2 quake.

A tectonic map shows West Texas has the most fault zones in the state. A major fault line is the Balcones Fault.