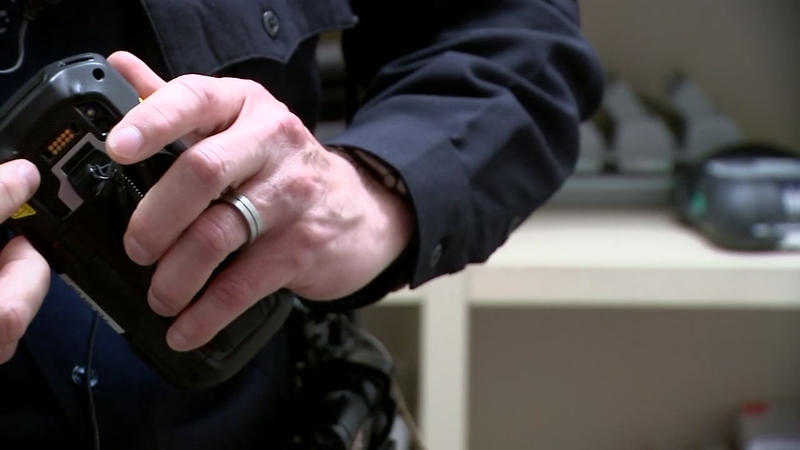 The Fulshear Police Department is switching to a more 2018 method, thanks to e-tickets.

"You are videotaped, filmed and photographed everywhere you go now-a-days," said police Capt. Mike McCoy. "It's no different than what we do here."

The officers are using electronic ticket writers, which are hand-held machines that look like smart phones, to scan a driver's license, registration sticker and even snap a photo.

"Right now it is important that we film and videotape you because it only helps identify you. It protects you as a citizen, and it protects the officer in case a complaint is made," said McCoy.

Jessica Caubillo talked to Eyewitness News after she was recently pulled over, and said she was a little shocked when she thought the officer was using a cell phone to take her picture.

"He took a picture, and I was like, 'that's pretty awkward,'" said Caubillo.

Caubillo later found out it was just an e-ticket reader.

"There's a lot of identity theft. So, I mean, I think it's pretty cool," Caubillo said.

McCoy says by taking driver's photos the department has been able to solve a few crimes.

McCoy said a suspect's car was caught on a home surveillance video, and an officer recognized the vehicle from a recent stop.

Police were able to identify the suspect by looking up the ticket's information with his photo attached.

"We identified him, we put a warrant out for him, and we were able to find him pretty quickly after that," McCoy said.

McCoy told Eyewitness News the ticket is automatically uploaded to their server and sent to court records, where the picture will stay on file until the ticket is paid off or dismissed.