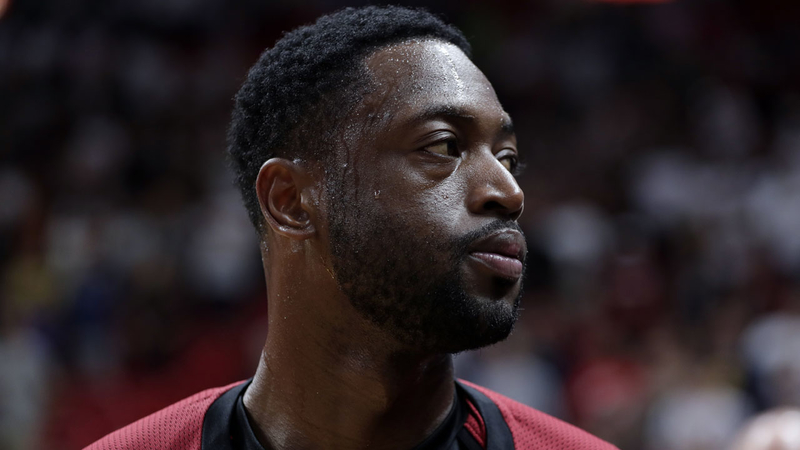 DOLTON, Illinois -- Police are investigating a massive fire that destroyed a home previously owned by NBA player Dwyane Wade, as a possible arson.

Dolton police and fire department responded to reports of a fire shortly after 1 p.m. Monday.

When firefighters arrived at the scene they found the home fully engulfed in flames.

"It was big. You could see a lot of smoke within miles. You could smell the smoke; as I'm driving this way, I smelled it," said Shantanae Frazier, who lives nearby.

As police headed to the scene, they were contacted by a resident about a possible suspicious person near the scene. Police said a person of interest was taken into custody and will be interviewed.

"While we were on our way here, a citizen pointed out a citizen that might have been involved with this," Collins said.

Police declined to call the person of interest a suspect in the incident just yet.

Fire officials said the operations chief at the scene smelled some sort of accelerant or fuel at the scene, but said it was too early in their investigation to tell if that smell indicated something used to start or worsen the fire, or if it was a product of the fire.

Officials said Nicor Gas workmen were on the scene to repair a rupture in the rear of the house.

No one was home at the time of the fire and no firefighters were injured, officials said. A coach house in the rear of the property was not damaged.

Officials said Wade and his ex-wife lived in the home prior to their divorce, and that his ex-wife received the home during the divorce proceedings. The home stood vacant for a time before being sold about a year and a half ago, officials said, and a new owner had moved in.