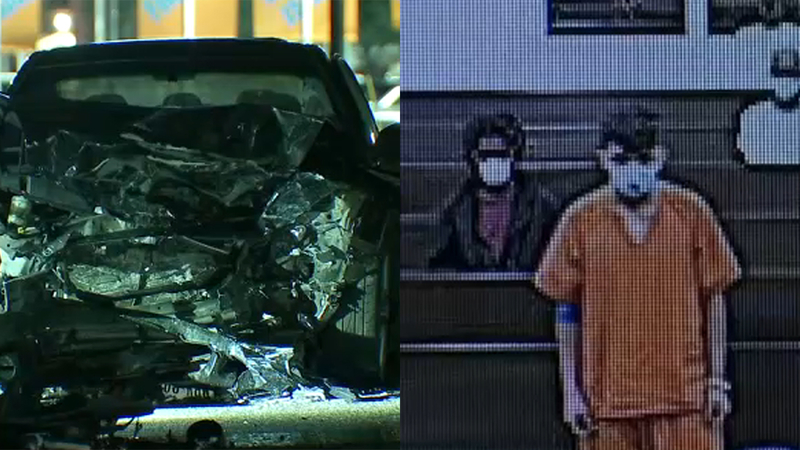 An 18-year-old accused of driving drunk and injuring a 7-year-old boy allegedly had more than two times the legal limit of of alcohol, according to prosecutors.

Kevin Lozano appeared before a judge overnight in relation to the Sunday night crash in southwest Harris County on Highway 6 near Pavillion Point.

On the night of the crash, officials said Lozano was driving a Nissan Maxima southbound on Highway 6 when he failed to yield the right of way while turning left and slammed into a Honda Accord.

The 7-year-old and his 26-year-old mother were passengers in the Nissan. According to investigators, the child was not restrained. The child suffered head injuries and had to be flown via LifeFlight to the hospital.

During Lozano's court appearance on Tuesday, prosecutors said a witness saw Lozano run from the scene. That witness then tracked Lozano down and took him back to the scene.

Authorities added that in the crash, the 21-year-old driver in the Accord and his 20-year-old passenger were taken to Memorial Hermann Hospital - Katy. The driver has a broken right arm and his passenger has a broken leg.

Lozano, who was not hurt, admitted to drinking, police told ABC13.