7-year-old critically injured in crash with 18-year-old who admitted to drinking, police say 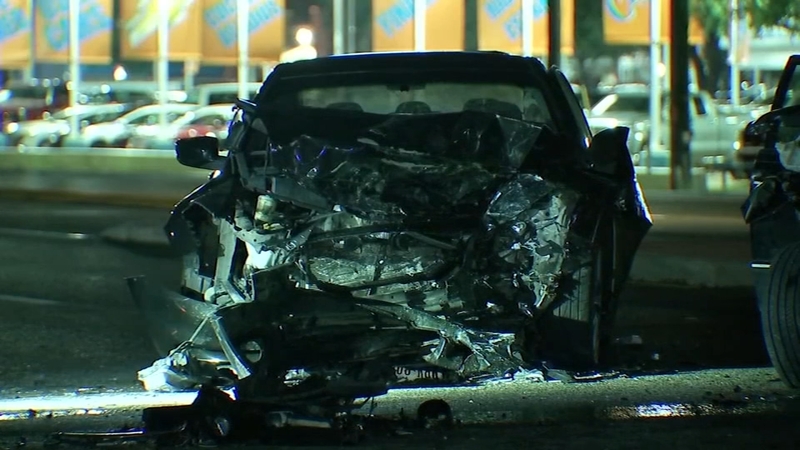 A 7-year-old boy is in the hospital after a crash involving an 18-year-old suspected drunk driver in southwest Harris County.

The crash happened around 9:20 p.m. Sunday on Highway 6 near Pavilion Point.

Officials say the 18-year-old, identified as Kevin Lozano, was driving a Nissan Maxima southbound on Highway 6 when he failed to yield the right of way while turning left and slammed into a Honda Accord.

The 7-year-old and his 26-year-old mother were passengers in the Nissan. According to investigators, the child was not restrained. The child suffered head injuries and had to be flown via LifeFlight to the hospital.

The mother has a broken leg.

Lozano, who was not hurt, admitted to drinking, police told ABC13.

"A 7-year-old is fighting for their life right now. The driver apparently fled from the scene and was brought back by witnesses. The suspect, or defendant now, is 18 years old. We believe he's highly intoxicated. We already believe we know where he was drinking, and that's our next step," said Sean Teare with the Harris County District Attorney's Office.

Lozano is charged with four counts of intoxication assault and four counts of failure to stop and render aid. Lozano's charges could be upgraded to felony murder if the child does not survive.

More charges could come, including for those who served Lozano.