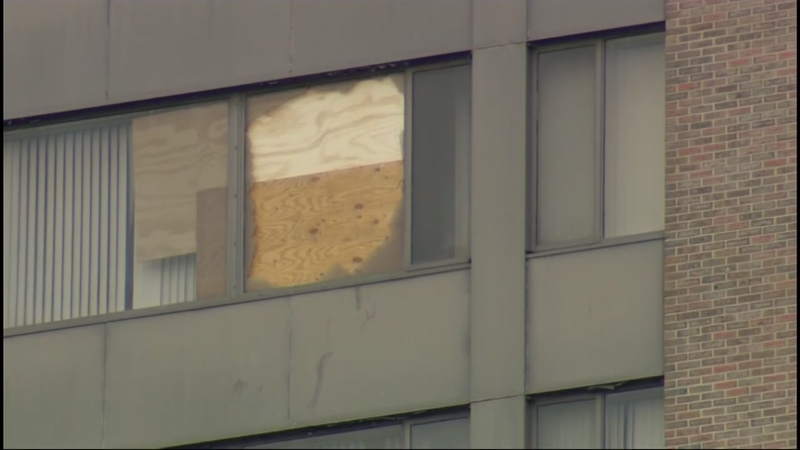 PITTSBURGH, Pennsylvania -- A Duquesne University football player is dead after jumping from the 16th floor of a dorm.

Campus police were called to that floor around 10:30 p.m. on Thursday about a disturbance.

When they got there, they found out Marquis Brown, a junior at Duquesne, had jumped out of a window.

"He was at my apartment down here," Brown's friend Eric Williams Jr told KDKA-TV. "I just saw him 30 or 40 minutes before, so it is just shocking."

Brown eventually died at the hospital. No foul play is suspected.

A private memorial service for Brown is expected to be held this weekend.

Police haven't said anything about what may have led up to his decision to jump, but no foul play is suspected.
Report a correction or typo
Related topics:
sportspennsylvaniau.s. & worldcollege football
TOP STORIES
HCSO sergeant hit and killed by driver during escort, sheriff says
2 adults killed and 12-year-old hurt in crash with speeding tow truck
Suspect accused of killing Pct. 5 corporal still on the run
Grab the umbrella! Widespread showers move in Monday
Inside Texas hospital battling omicron: 'We're about to catch on fire'
Tax filing season starts Monday. What to expect for 2022
5 tax changes that can boost your refund this year
Show More
COVID-19 patient at center of ventilator fight dies in Texas
3-year-old drowns in pool in NW Harris County, sheriff says
Woman found in a ditch after a hit-and-run
Little York firefighters work to put out fire at N. Houston apartment
Former Houston Oiler takes over Prairie View A&M football
More TOP STORIES News