Dunkin' Donuts employee says co-worker exposed himself to her 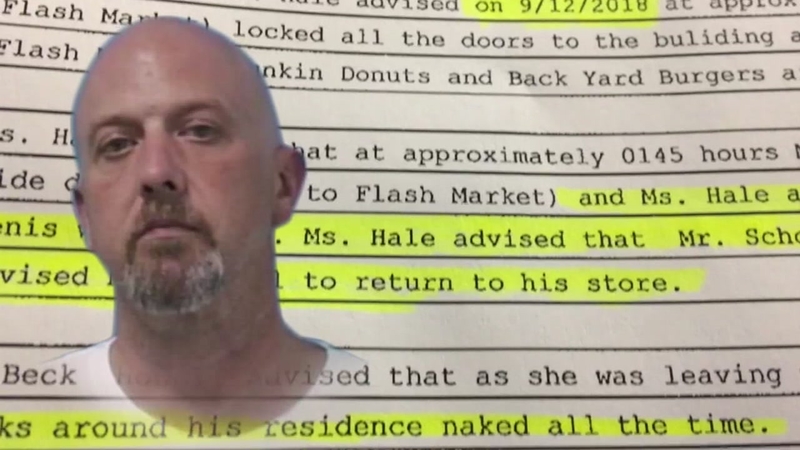 Man allegedly exposed himself to co-worker

NASHVILLE, Tennessee (KTRK) -- A mother of two and a baker at Dunkin' Donuts says she was working when her co-worker exposed himself to her.

Ashley Hale says she never said anything provocative or inappropriate to Jason Scholl.

Scholl was a manager at the Flash Market inside the business where they both worked.

Both companies are housed in the same place and there's no wall between them.

According to Hale, Scholl turned off all the lights, and then exposed himself to her.

According to a police report, Scholl, 45, admitted to exposing himself to her.

In the report, Scholl says, "He should have put his clothes back on," and added, "that was his bad."

Scholl claims that it was a misunderstanding, saying that Hale made some inappropriate comments to him before the incident.