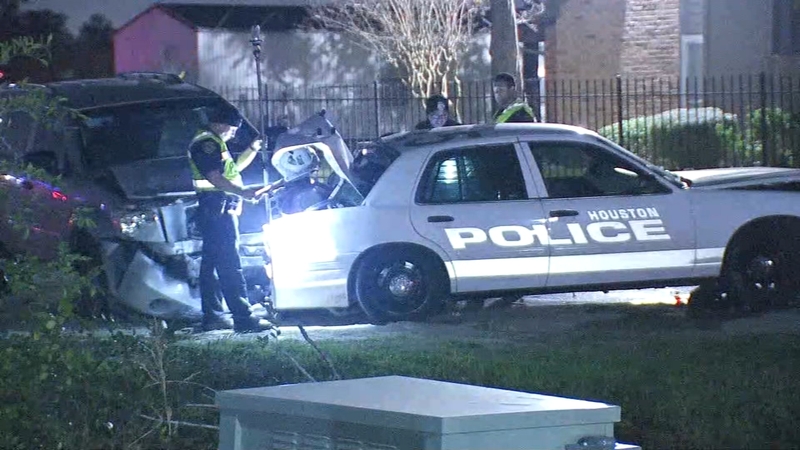 HOUSTON, Texas (KTRK) -- A Houston police officer was taken to the hospital after being injured in a suspected drunk driving crash in northeast Houston.

The officer was pulled over on the side of the road on a special assignment on Tidwell near John Ralston.

He was rear ended by a woman whom authorities suspect was under the influence just before 1 a.m.

A car waiting for the light to change on Tidwell was also hit as part of the crash.

Officials say Jeanne Isabelle, 45, was going over the 40 mph speed limit when she slammed into the officer.

Isabelle was arrested on a pending charge of DWI.

The officer was taken to the hospital with non-life threatening injuries.

A lieutenant on the scene said it was possible the officer suffered a concussion and some arm injuries.