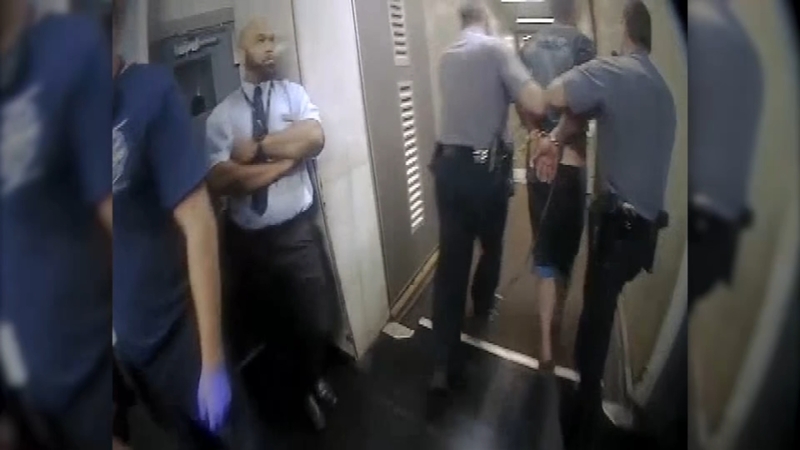 OKLAHOMA CITY, Oklahoma (KTRK) -- Recently released body cam footage shows a drunk man so out of control on a flight to Dallas, his fellow passengers zip-tied and duct-taped his hands, and applauded when he was put in handcuffs.

The flight from Pittsburgh to Dallas was only 20 minutes away from landing when the pilot was forced to divert to Oklahoma City.

The man was yelling and throwing himself around before he was tied up, and after police boarded the plane, he allegedly called the officers names and threatened them.