Father arrested after driving drunk and crashing with 6-year-old son in car: Deputies 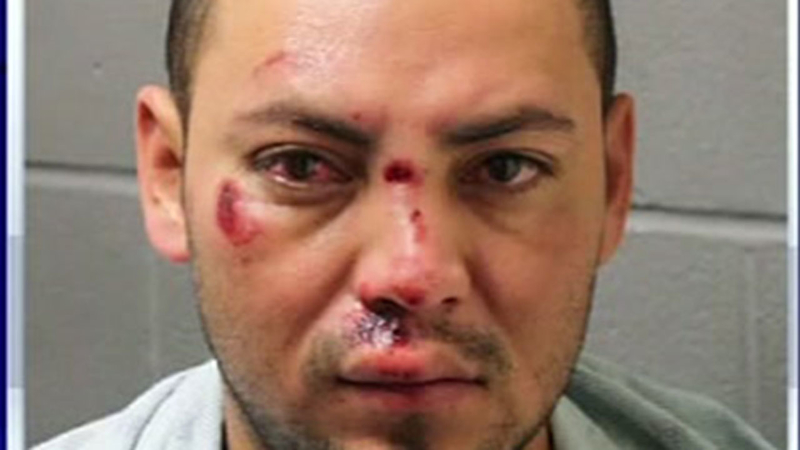 Father arrested for driving drunk and crahsing with child in car

A man has been arrested after deputies say he drove drunk and then crashed while his 6-year-old was in the car.

It happened after 8 p.m. Tuesday night when deputies say Luis Daniel Guzman, 32, hit a 23-year-old motorcyclist at Veterans Memorial Drive and Blackpool Place in north Harris County. According to deputies, the motorcyclist may have broken his leg. Witnesses at the scene say Guzman then drove off.

Following that accident, deputies say Guzman rear-ended a car at Veterans Memorial Drive and Bammel North Houston Road. He left the scene of the crash and ran off with his son, according to witnesses.

Deputies found Guzman at Willow Bend Apartments where they arrested him. EMS checked out the boy, who suffered lacerations from the second crash but is expected to be OK.

Guzman is charged with felony DWI with a child under the age of 15 and failure to render aid.