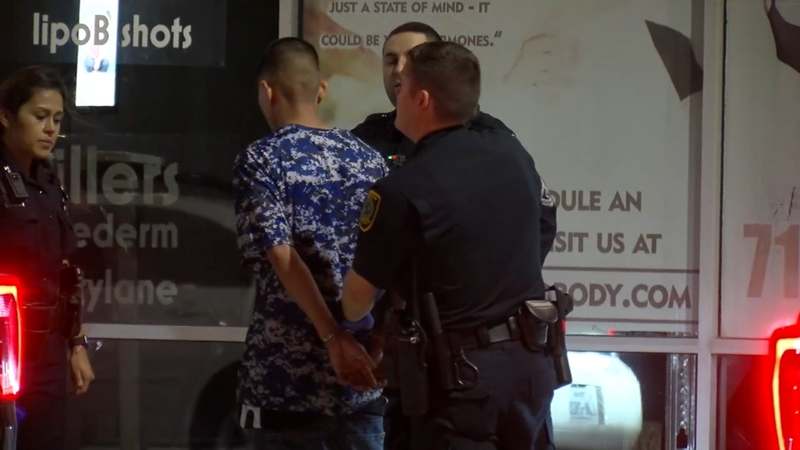 HOUSTON, Texas (KTRK) -- A man is suspected of driving drunk and the wrong way, all with two children in the back seat, police say.

Houston police say it happened Sunday morning in the 3900 block of Memorial Drive. Police say two officers were driving eastbound on Memorial Drive when they noticed a wrong-way driver headed towards them.

The officers at the scene made a U-turn and pulled the vehicle over at Waugh and Allen Parkway.

"Upon coming to a stop, they (officers) encountered a driver who was heavily intoxicated," said HPD's Sgt. Duran.

Officers later discovered the driver had two children in the back seat. The driver's passenger was also believed to have been impaired, according to Duran.