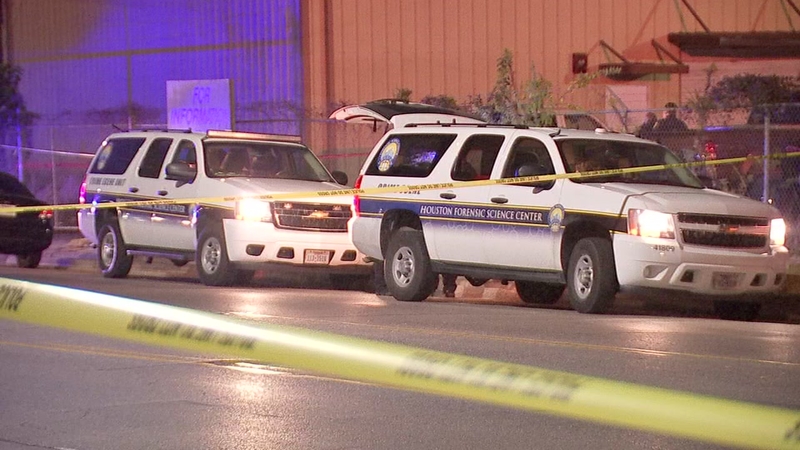 HOUSTON, Texas (KTRK) -- Two people are dead after a major drug sting involving Houston police, SWAT and the DEA at a warehouse in east Houston.

This happened just before 10 p.m. Wednesday at 77th Street and Harrisburg, where authorities said nine people, known to be violent and carry weapons, were expected to meet at the warehouse.

Authorities said eight of the suspects, all carrying guns, went into the warehouse in what they thought would be a drug deal.

"One of the SWAT officers immediately deployed defensive shots toward the suspect, striking the suspect. That suspect went down and the other suspect that fled before him jumped into a vehicle and took off," Houston Police Department Chief Art Acevedo said.

Police said the suspect crashed the car, and ran into a rock quarry. He was eventually found by police dogs. When he was brought back to the scene, he started complaining about chest pains. Police said medics tried to revive the suspect but he died at the scene.

The suspect who was shot to death has not been identified.