25 pounds of meth disguised as Aztec calendars found in California 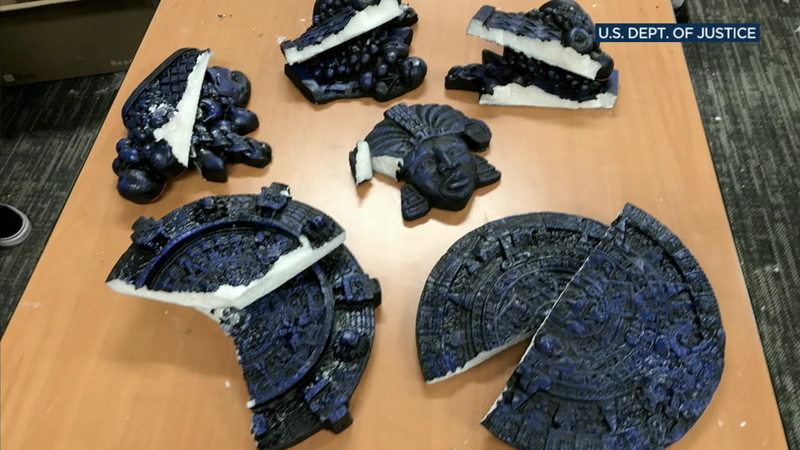 GARDEN GROVE, California -- Nine people in an Orange County drug ring have been indicted for trying to ship 25 pounds of meth disguised as Aztec calendars and decorations from Garden Grove to Hawaii.

The drugs were part of a nearly 90-pound shipment that appeared to be colorful, decorative Mexican items, including the replicas of the 500-year-old Aztec calendar stone.

The U.S. Attorney's office said Tuesday that 25 pounds of disguised meth were intercepted in July in Orange County.

Officials say the traffickers also tried to ship five pounds of the drug to Hawaii inside bags of ground coffee.

Each defendant faces a series of charges including conspiracy to distribute methamphetamine.