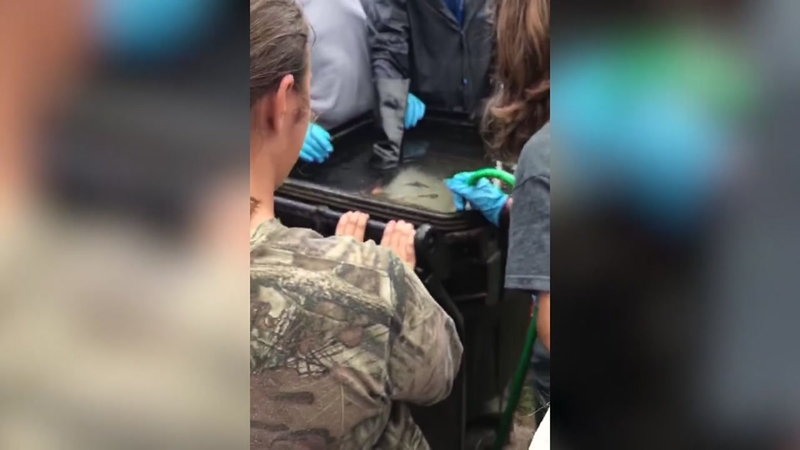 The video was shot by a student upset by what was happening.

The raccoons were apparently caught by the agriculture teacher. One of the raccoons was said to have eaten one of the chickens being raised by the class.

The cell phone video shows the raccoons in a cage being immersed in water in a trash can and drowning in front of the class.

The student who shot the video claims the teacher threatened anyone who recorded the drownings with a referral.

The teacher has worked at the high school since 2006.

In a statement, the Marion County School Board said:
"While law enforcement tells us the teacher may not have done anything illegal, his actions before students are certainly questionable."

The Florida Fish and Wildlife Commission says it is investigating the way the raccoons were killed.