'That could have been my son,' man pulls 4-year-old drowning victim out of pool 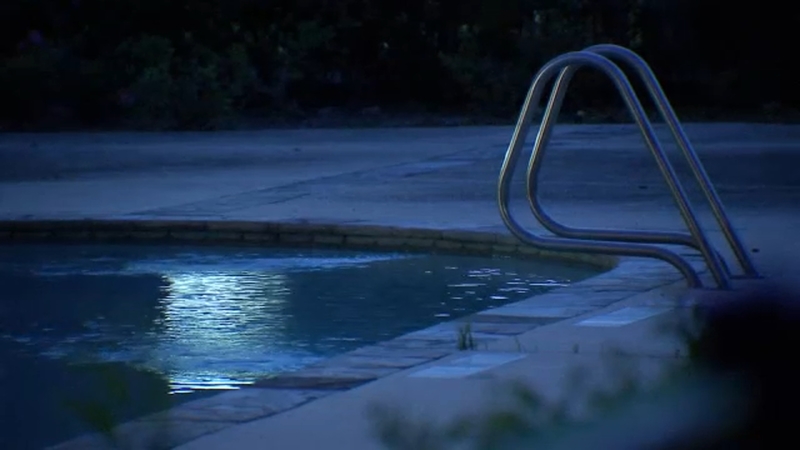 HARRIS COUNTY, Texas (KTRK) -- A man who tried to rescue a 4-year-old drowning victim who was supposed to be under the care of some relatives, says he started running toward the kid when he saw the whole incident from his balcony.

On Monday, Harris County deputies responded to a 911 call at the Timber Ridge Apartments near the 5300 block of Aldine Bender Road, officials said.

A 4-year-old boy wandered away from the apartment area and ended up near the pool, said Sheriff Ed Gonzalez.

Investigators said the area was unattended when deputies found the little boy inside the pool. He was transported to Memorial Hermann Northeast Hospital, authorities said.

Kendrick Bullock, a neighbor says he saw a few kids had jumped over the fence of the pool and said the ball was in the water.

"So me and another guy jumped in to get him. And when I got him, and I looked at him he was already gone, like he was blue in the face," Bullock said.

While he doesn't know how the other kids managed to get the 4-year-old over the fence, Bullock says he started running over once he saw what was going on.

"Me and my wife, we were sitting in the balcony. I ran down and tried to get him out but it was too late," he told ABC13. "I have a son, so it's kind of emotional. That could've been my son."

Deputies said the boy was under the care of some relatives. It is unclear if any charges are expected or if the 4-year-old was found dead or died at the hospital.
Report a correction or typo
Related topics:
harris countydrowningchild deathunattended childharris county sheriffs officechild endangerment
Copyright © 2022 KTRK-TV. All Rights Reserved.
TOP STORIES
Deputies escort body of fallen HCSO Sgt. to funeral home
Alleged K9 stabbing suspect charged with father's murder
No bond granted for suspect in Pct. 5 corporal ambush killing
Cool temps through the weekend with a warm-up next week
Bodies found in back seat and trunk of burning vehicle in Liberty Co.
Attorney of man questioned in dad's death wants him to seek help
Houston greenlights plan to help homeless find housing
Show More
EPA announces cleanup plans to address Fifth Ward cancer cluster
Investigation underway in pregnant woman shooting
Search underway for suspect in Texas City double shooting
You could get paid to get your COVID vaccine or booster
2 Aldine ISD students lose $1K for college when FFA turkeys killed
More TOP STORIES News