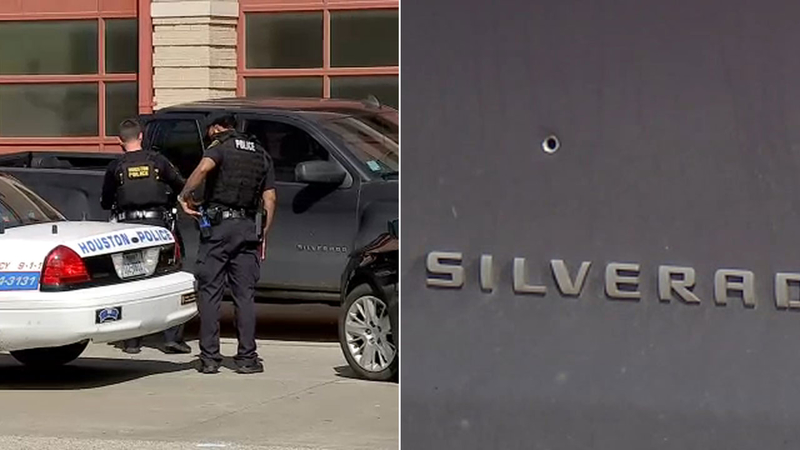 HOUSTON, Texas (KTRK) -- Barely 24 hours after a shooting on a Houston freeway, which the Harris County sheriff believed to be related to road rage, police are investigating what they believe to fall under similar circumstances.

According to Houston police, a man who was shot in the leg somewhere near I-10 and I-45 drove to a fire station in downtown to get help Thursday afternoon.

HPD said its downtown officers responded to the HFD Station No. 8 just off Louisiana Street.

Downtown officers are at HFD Station #8 with a shooting victim. Adult male victim was in a vehicle near IH10 and IH45 when the vehicle was struck by several rounds. Victim is expected to survive. 202 pic.twitter.com/FxDYrlK7sS

While the victim is expected to survive, police said the vehicle, a black pickup truck, was hit by several rounds.

An officer at the fire station told Eyewitness News that the shooting happened somewhere on I-10 and that two juveniles were in the pickup when the shots were fired. The officer also said road rage may have been involved.

The victim's condition is stable. He is recovering at the hospital.

Police have not released a description of the shooter or shooters.

Houston police said there were eight road rage incidents that led to fatal shootings in Houston in 2020 compared to five in 2019.