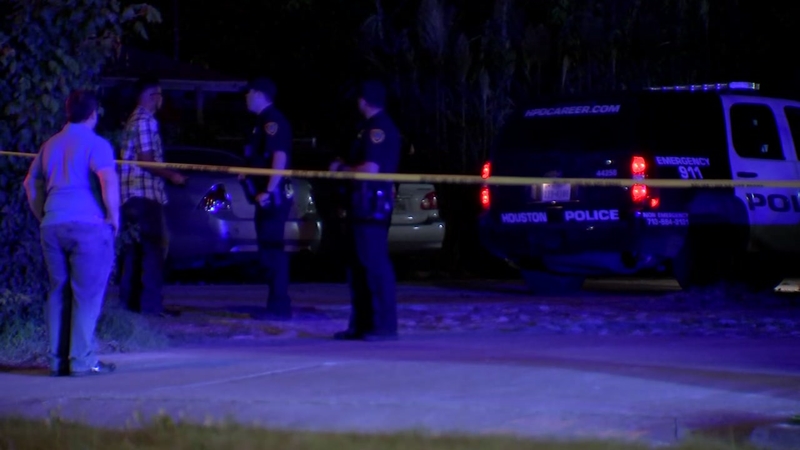 HOUSTON, Texas (KTRK) -- Police are looking for a suspect in a red vehicle who opened fire on a family's apartment in the Spring Branch area, injuring a 12-year-old girl.

Gunfire erupted at an apartment complex just before 8:30 p.m. Friday in the 8400 block of Hammerly near Marnel Road.

Investigators say two men banged on the front door of a second-floor apartment, looking for someone who apparently lives in the unit.

The victim tried to huddle herself and several other children together when the suspects shot into the apartment, according to Houston police.

At least four rounds were fired and one of those bullets struck the 12-year-old girl in the stomach.

She was rushed to Texas Children's Hospital, where she is undergoing surgery and in stable condition. Police said there were no other injuries.

Investigators said the girl lives at the apartment with her mother and an adult roommate, both of which were not in the apartment at the time of the shooting.

Police said the victim's mother left to go to the grocery store, but has not returned to the scene. The woman's roommate, who was left with the children, was reportedly at the apartment's laundromat when the shooting happened.