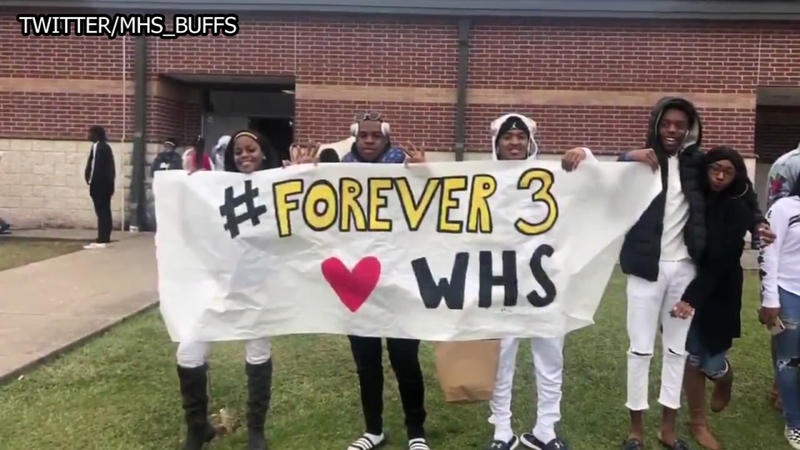 MISSOURI CITY, Texas (KTRK) -- Following the death of teammate Drew Conley, the Fort Bend Marshall Buffs are ready to win it all for him.

The 17-year-old Conley was fatally shot by his uncle Monday night after exchanging threats during an argument.

Buffs wide receiver Korey King was honored Thursday during the Touchdown Club of Houston's celebration to honor finalists for Player of the Year in numerous categories. King says while the team is grieving the loss of Conley, their playoff run is dedicated to their fallen teammate.

After their teammate was fatally shot by his uncle, the Fort Bend Marshall Buffs are ready to 'Do It For Drew.'

King was named a finalist for Offensive Player of the Year and says that Friday night's game against Corpus Christi Calallen is for Conley.

"A lot of the things we're doing now is for Drew," King said. "He's never been this far, so we gotta do it for him."

Marshall will face the Calallen Wildcats in San Antonio on Friday night.

Calallen will honor Marshall and Conley by wearing #3 decals on their helmets for the semifinals matchup.

The Buffs have hit the road and are en route to San Antonio for the 5A DII State Semi-Finals. #txhsfb #Remember3 #DR3W pic.twitter.com/kg5y6O151o