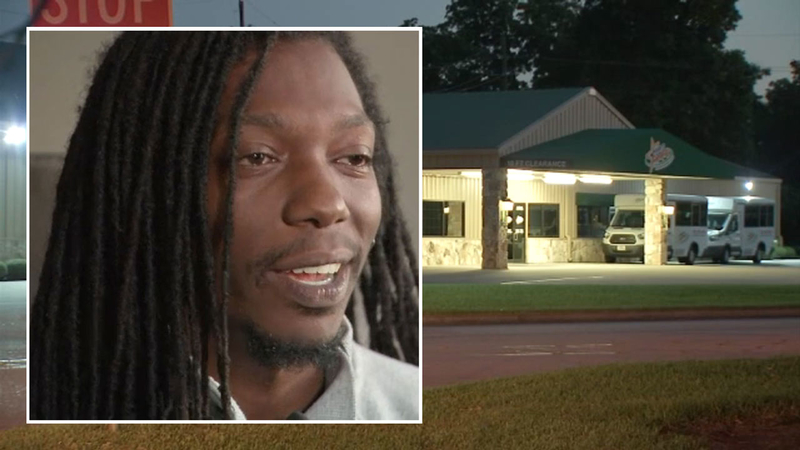 "He definitely has a mind of his own, he is very smart," said Tiffany Tillotson.

When Tillotson finally found a day care for Nas, she was excited.

However, just two days into his enrollment, she pulled him out of Parents Choice Daycare in Spring. She said she was told her son's godfather would not be able to attend a "Donuts with Dad" event on Friday.

"I just thought it was something cute his godfather could participate in," she explained. "A normal day for a holiday (Nas) would not normally be able to celebrate."

That's because Nas' father is not in his life, so Jesse Moore, his godfather, has stepped in, making sure Nas never feels like his life is different.

"I think every young man, whether white, black, blue should have a father figure in his life," said Moore, who also didn't have his father in his life.

Tillotson said when she spoke to the leaders of the daycare, they told her they didn't want extra people at the event. But when she explained Nas didn't have a father, she was told it was for security reasons.

However, she said the godfather has consent to pick Nas up from daycare.

"Makes no sense, if I'm giving you permission to pick up my child, you have all consent for me to do that. Why would you not have consent to sit down and have a donut with him?" she said.

At this point, Tillotson said an apology won't do. She's looking for a new daycare and telling ABC13 Eyewitness News her story so that others realize that not every family is the same and children do feel excluded.

"Every family doesn't have the structure that they believe every family has," she said. "They should make exception for those that have differences."