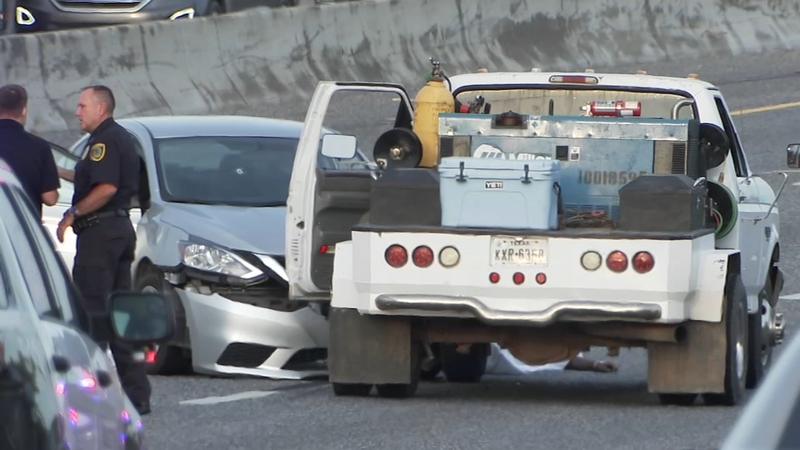 Third man charged with capital murder in deadly I-10 shooting

HOUSTON, Texas (KTRK) -- Houston police are searching for the third person involved in the 2019 shooting on the East Freeway in the middle of rush hour that left two people dead.

Police officers were serving a warrant to Ricardo Casaya on Philippine Street when they say he ran into the bayou.

Casaya is now being charged with capital murder in the incident that happened just before 6 p.m. on Aug. 8, 2019 on I-10 at Federal. Authorities were still searching for him after he plunged into the water.

Casaya's charge comes days after authorities announced that Jonathan Aleman, 29, and Jose Hernandez, 24, were arrested and charged with capital murder in the same case.

SEE MORE: Man arrested in deadly I-10 shooting: 'I made global news'

Investigators said the three men hit another vehicle, causing it to spin out. The suspects got out. Police say as the victims' car rolled towards the gunman, he fired multiple rounds. Both men inside were killed.

According to court documents, tipsters told police the freeway shooting was in response to a "drug deal gone bad" where the suspects were robbed of five pounds of marijuana. According to police sources, a large trash bag with marijuana was in the suspects' car.