Two dead in shooting at auto dealership in northeast Houston 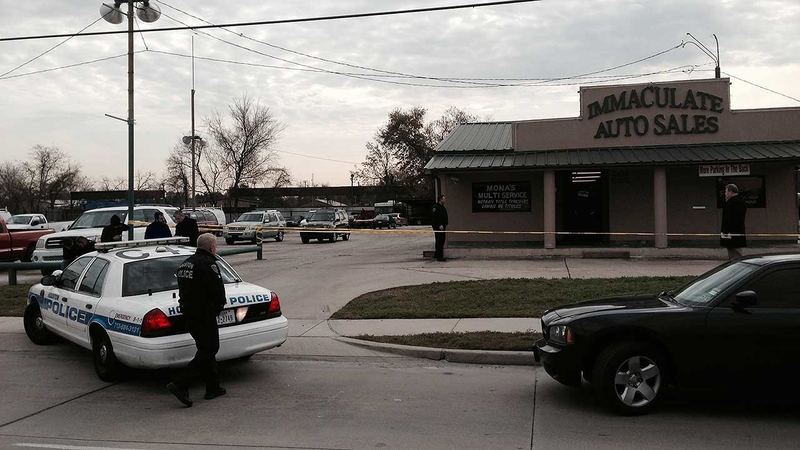 HOUSTON (KTRK) -- Houston police say two brothers have been killed in a shooting at an auto sales shop in northeast Houston, and a third person is wounded.

Shortly before noon, a mechanic walked in to Immaculate Auto Sales on Little York at Mazzola to find three people shot. Jesse Contreras, 51, and his brother Tony Contreras, 60, were both dead. Casey Contreras, 22, was taken to Ben Taub Hospital in critical condition.

"Whoever attacked these victims knew who, what and what they wanted," said Sgt. Brian Harris with HPD Homicide. "The crime scene was carried out very methodically, very quickly and all the gunshots were to the head area and direct."

The business owners did not keep a lot of cash on hand, according to police. The motive could be robbery or a disgruntled customer.

"You're talking about a lot of cash deals, repossessions at this kind of car dealership where people have not made payments," Sgt. Harris said.