Donkey picked up by police is reunited with Oklahoma owner 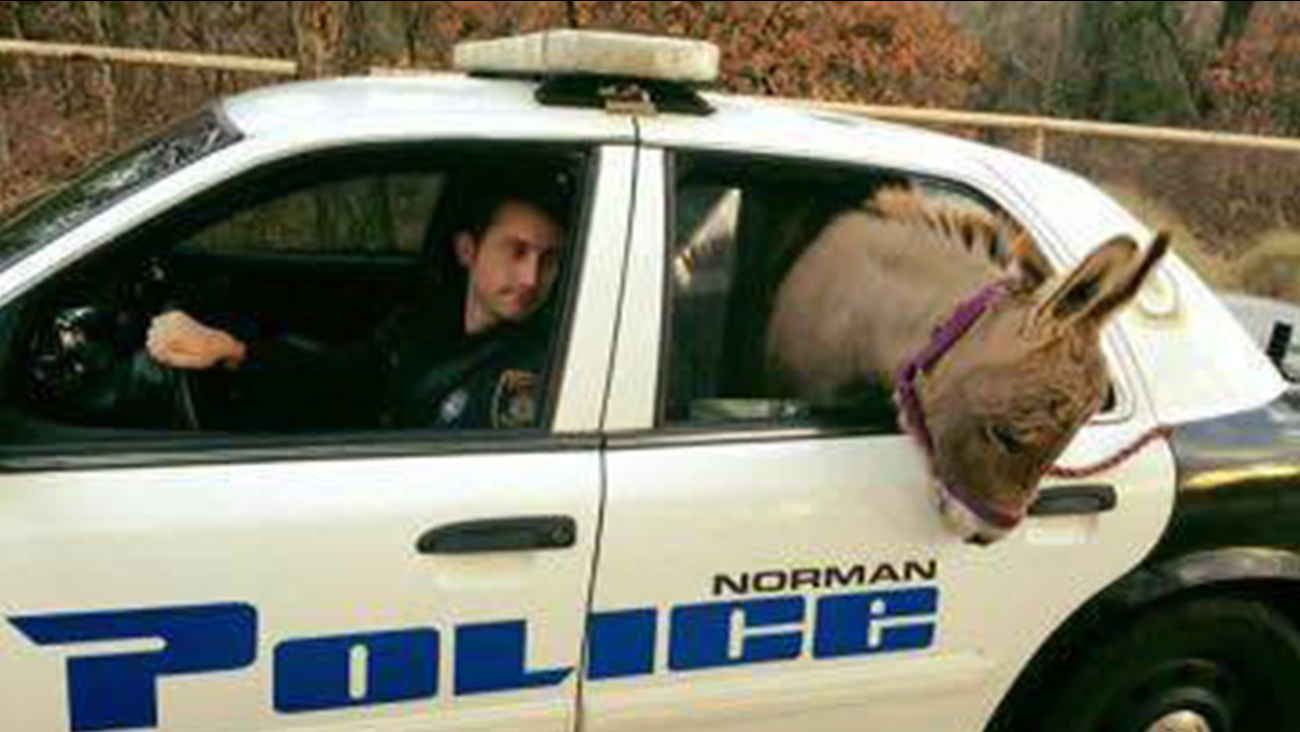 NORMAN, OK -- A miniature donkey that hitched a ride in an Oklahoma police cruiser has been reunited with his owner.

Police in Norman called the donkey Squishy and gave him a lift after the animal was found wandering along a rural road on Tuesday morning. It turns out that Squishy is actually named Cruz and belongs to a chiropractor in Norman.

Matt Spaulding says he noticed his donkey was missing when he returned home from work Tuesday night. He thinks the animal somehow escaped underneath an electric wire fence.