Trump held in contempt over NY subpoena, will be fined $10K per day until he complies 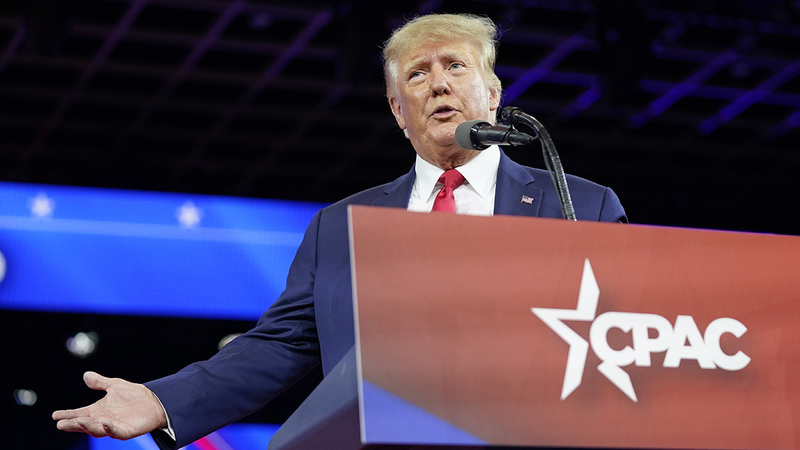 Trump held in contempt over NY subpoena, will be fined $10K per day

In a bench ruling, Engoron said there was no evidence Trump conducted a "proper, thorough search" for items that might be relevant to the subpoena and what his attorney offered as evidence of compliance was "woefully insufficient."

Addressing Trump, who was not in the room, Engoron said, "I know you take your business seriously, and I take mine seriously."

Engoron imposed a daily fine of $10,000 until Trump is fully compliant or offers sufficient proof he has nothing more to turn over.

"Today, justice prevailed," Attorney General Letitia James said. "For years, Donald Trump has tried to evade the law and stop our lawful investigation into him and his company's financial dealings. Today's ruling makes clear: No one is above the law."

The Attorney General's Office said Trump's response to a subpoena for documents was "absolutely deficient," despite a court order for full compliance by March 31.

"Donald Trump is not beyond the reach of this court's authority," Assistant Attorney General Andrew Amer said. "We are being deprived of evidence."

The attorney general's office requested the documents as part of a civil investigation into how the Trump Organization valued its real estate holdings while applying for loans and tax benefits.

"Donald Trump does not believe he is above the law," his attorney, Alina Habba, said during the hearing.

Habba insisted Trump gave a "full and dutiful response" to the subpoena and simply lacked the kind of information the attorney general's office was seeking.

Judge Engoron faulted Trump and his attorney for failing to show they actually tried to comply.

"You can't just say I don't have anything," Engoron said. "You have to say where you looked."

The dispute is the latest in a nearly three year civil investigation that made the judge wonder aloud, "Why is this matter taking so long?"

Trump has denied wrongdoing, and his attorney said the case "shouldn't be allowed to aimlessly and endlessly go on."

"This is a political crusade," Habba said.

Habba was overheard in the hallway on the phone with her client, the former president.