Inaugural crowds sure to be huge -- but how huge? 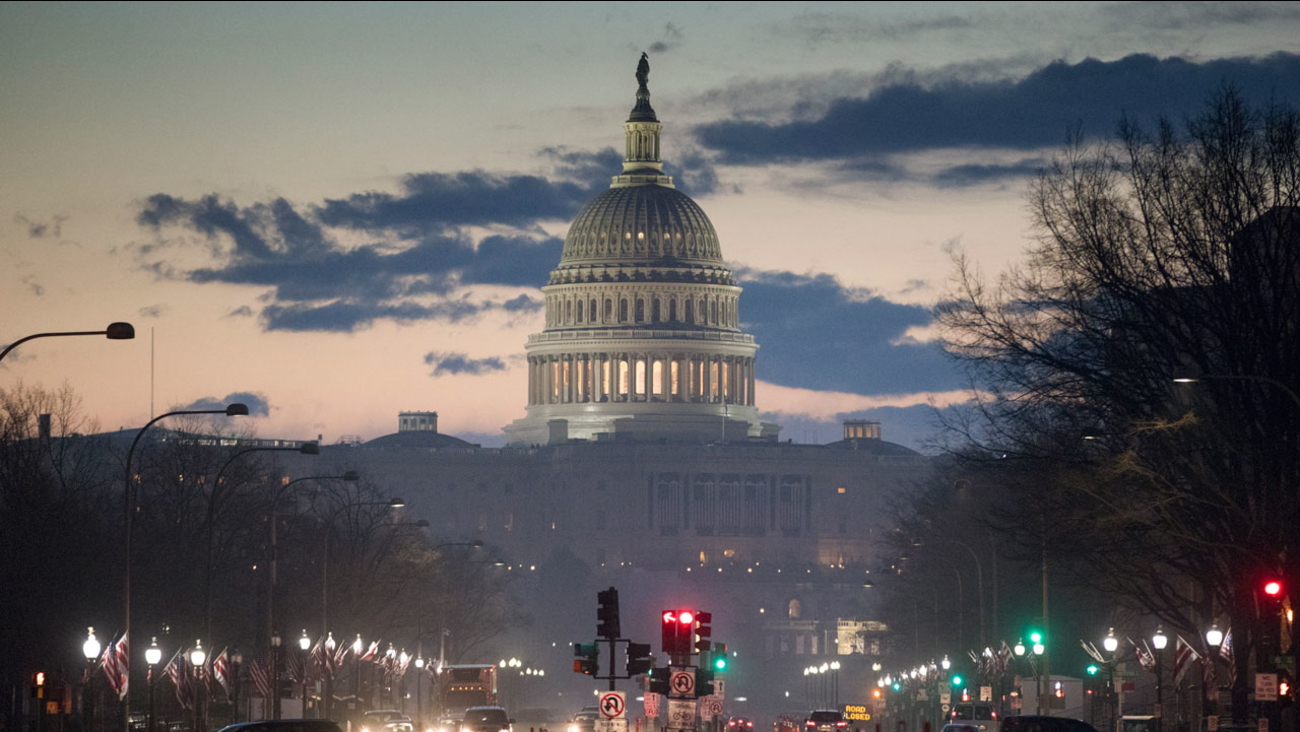 The Capitol in Washington is seen at dawn, Wednesday, Jan. 18, 2017, as the city prepares for Friday's inauguration of Donald Trump as president. (AP Photo/J. Scott Applewhite)

WASHINGTON, D.C. -- Donald Trump says his inauguration will have "an unbelievable, perhaps record-setting turnout." Organizers of a protest the next day call it the biggest demonstration in history to welcome a new president.

Exactly how many people actually show up for both events will likely never be known.

Counting the number of people at major public events is as much art as science, and there will be no official tally of how many people attend either Friday's inaugural festivities or the Women's March on Washington on Saturday.

Here's a look at why crowd size is so mysterious.

IT STARTS WITH THE MILLION MAN MARCH

For decades, the National Park Service provided official crowd estimates for gatherings on the National Mall. That changed after the Million Man March in 1995, a gathering of black men meant to show renewed commitment to family and solidarity. The park service estimated 400,000 people attended the march, making it one of the largest demonstrations in history in Washington.

No lawsuit was filed, but the dispute was enough to get the park service out of the head-counting business. The following year, Congress passed an appropriations bill that barred the agency from spending money to count crowds. While that language didn't appear in subsequent budgets, refusing to count crowds became park service policy.

The agency still estimates crowd size for its own planning purposes, but does not publicly reveal the figures.

"No matter what we said or did, no one ever felt we gave a fair estimate," U.S. Park Police Maj. J.J. McLaughlin, who had been in charge of coordinating crowd estimates, said in 1996 when the agency confirmed it would no longer count heads.

HOW CROWDS ARE COUNTED

Not much has changed since about the way crowds are estimated, said Steve Doig, a journalism professor at Arizona State University who specializes in measuring crowd sizes.

The figure that corresponds to a "loosely packed crowd," Doig said, is 10 square feet per person, "which sounds like a lot but it's really not." That means people could reach out and touch those closest to them on all sides.

"A tighter crowd would get down to maybe 6 or 7 square feet per person," he said. "A scary mosh pit crowd would be maybe 3 to 4 at most."

Crowd estimates for events in Washington are difficult in general because the city's lack of tall buildings and security restrictions on aircraft make it tough to get comprehensive aerial images, Doig said.

Christopher Geldart, the District of Columbia's homeland security director, has said consistently that he expects between 800,000 and 900,000 people to attend Trump's inauguration. He said he would use the tried-and-true grid method to provide his own crowd estimate on the Monday after the swearing-in.

The largest-ever demonstration in Washington, according to park service figures, was an anti-Vietnam War protest in 1969 that drew 600,000 people. The Mall can easily accommodate crowds in the hundreds of thousands; between 300,000 and 400,000 regularly attend the July Fourth fireworks.

Organizers of Saturday's Women's March on Washington have received a permit from D.C. police for a gathering of 200,000 people. Geldart said he expects the number of participants to exceed that figure, based on data including bus, hotel and train bookings. He cautioned, however, that organizers have not yet told authorities to expect more than the permitted total.

The park service did not dispute a widely reported estimate that 1.8 million people came to Washington for President Barack Obama's first inauguration in 2009, believed to be the largest inaugural crowd in history. The biggest crowd the park service counted at an inauguration was 1.2 million for Lyndon Johnson's 1965 swearing-in.

Doig isn't sure about either of those figures. His analysis of aerial photographs led him to conclude that just 800,000 were on the Mall for Obama's first inauguration, though he did not include the parade route, where thousands more people waited all day to catch a glimpse of America's first black president.

The estimate was difficult because the density of the crowd varied widely, he said, despite aerial photographs that appeared to show the Mall full of people between the Capitol and the Washington Monument. Further away from the Capitol, people huddled around television monitors, leaving big tracts of mostly empty space.

Any time a crowd reaches into the hundreds of thousands, it's a noteworthy gathering, Doig said, but boosters will always try to politicize the turnout for their chosen cause.

"One of the things that aggravates me ... is the need for it to be huge," he said. "It sort of drives the numbers into areas where it just clearly is fiction and it undercuts the reality of what really is an amazing crowd."