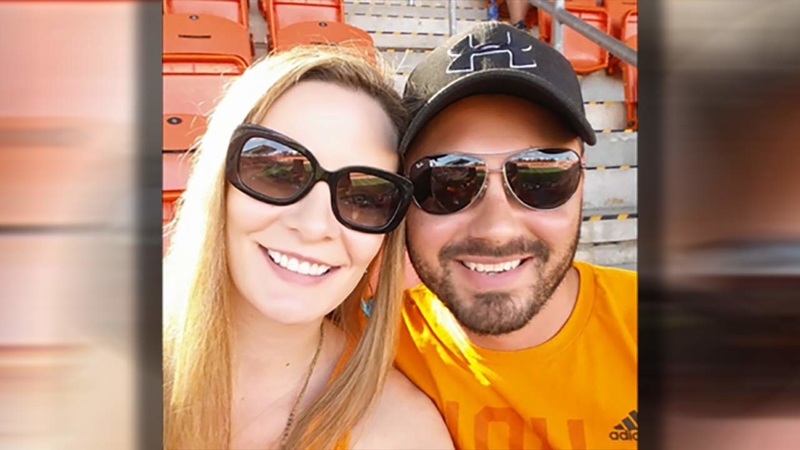 Wife claims self defense after shooting

FULSHEAR, TX (KTRK) -- A Fort Bend grand jury will decide whether to file charges against a woman who told investigators she shot and killed her husband.

A woman claims self-defense after killing her husband in Ft. Bend Co.

The woman, identified by her attorney as Mary Thaler, called 911 from the couple's Katy-area home in the 2400 block of Brandyshire Drive in Firethorne around 11:45pm Thursday.

"She was protecting herself. In self defense. We're still getting to the bottom of what happened," said defense attorney Todd Ward.

The Fort Bend County Sheriff's Office have identified the victim as 32-year-old Jeff Thaler. He was shot once in the chest.

What led up to the shooting is still unclear.

Early investigation indicate that there was a disturbance between the couple in the Firethorne subdivision near Fulshear. In the preliminary investigation, detectives learned that they got into an argument, which evolved into a struggle.

"A female caller stated that she had shot her husband and requested police. Sheriff's deputies arrived, spoke to the woman and finding her husband inside dead with a gunshot wound to the chest," said Sheriff Troy Nehls of Ft. Bend County Sheriff Office.

Attorney for woman who called deputies says there is a history of family violence and the woman was defending herself. pic.twitter.com/HANzhZ3qGQ

After calling 911, investigators say she waited for deputies to arrive before she then voluntarily told them her version of events.

"She is cooperating with us. We are gathering more information, more facts as to exactly what happened," said Nehls.

The sheriff's office says there is no record of prior calls for service at the couple's home. Friends say they noticed nothing unusual about the couple prior to this shooting.

Ward says there is a history which will necessitate a closer look.

"My brief investigation shows that there has been a violent past," he said.

No charges have been filed at this time.

This case will be referred to the Grand Jury and remains under investigation.