Man's 2 dogs shot after they got out in Cypress 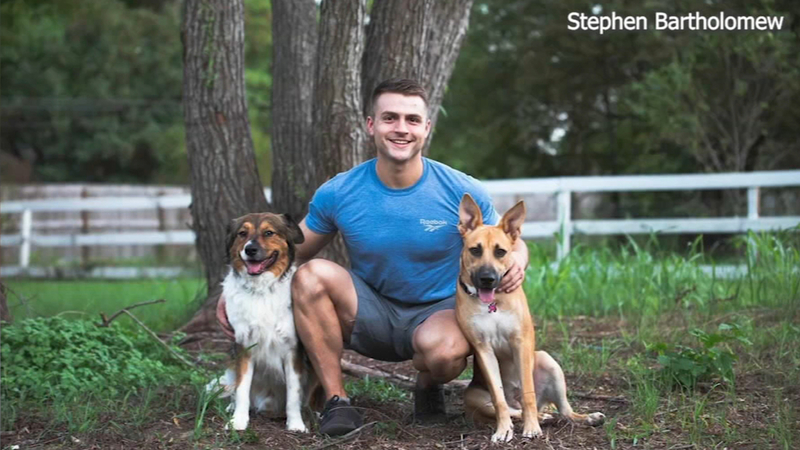 CYPRESS, Texas (KTRK) -- The search continues for the person who shot two dogs, killing one of them.

Owner Stephen Bartholomew says his dogs "Bear" and "Bailey" got out earlier this week.

He used a GPS collar to search for them and found Bear in a field with a gunshot wound in the leg. Bear later died from his injuries.

"That definitely hurts the most because you always ask those questions of, 'Well, what if I got over there? Would I have been able to save him?" Bartholomew said.

Bartholomew found Bailey a short time later after someone called him saying they found his dog in bad shape.

Bailey was also shot and has to have her leg amputated.

Bartholomew had Bear for over 5 years and has had Bailey for a little over a year. Both dogs were rescues.

Bartholomew says his community has been supporting him with donations.

WATCH: Hear Bartholomew break down what the horrible tragedy has taught him about unconditional love and community support
EMBED More News Videos

FULL INTERVIEW: Hear Stephen Bartholomew break down what the horrible tragedy has taught him about unconditional love and community support.

"I've been met with an incredible amount of support from random strangers who just reached out to me and said, 'Hey, I don't know you, have never met you, but I'm sorry for what happened,'" Bartholomew said. "I've had random people, you know, donate money."

The vet at Animal ER of Northwest Houston is even covering the expenses for Bailey's recovery.

Police have not released suspect information yet, but Bartholomew says he's going to file a report with the Harris County Animal Cruelty Task Force.

RELATED:
Animal Rescue gives back to struggling families who can't afford to provide for their pets
EMBED More News Videos

This Long Island animal rescue offers assistance to families in need struggling to provide for their pets, so they won't have to surrender them to the shelter.

Survey: 40% would give up their dog for a month to keep their smartphone
EMBED More News Videos

Dogs did have a slight advantage over romance, as 44% of people would briefly give up their partner to keep their phone.