Dog left paralyzed after apparently being thrown off Hollywood roof 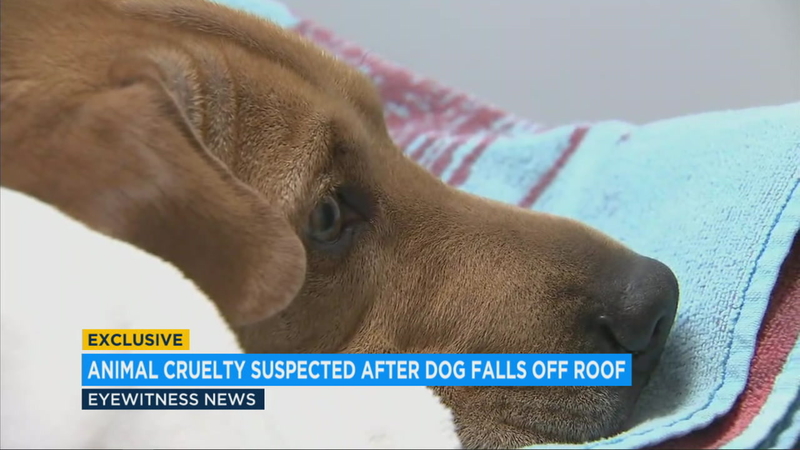 Dog left paralyzed after apparently being thrown off Hollywood roof

Milo's owner says police believe the dog was thrown from the top level of a four-story apartment building next door, landing on the top of the adjacent two-story building.

The 2.5-year-old Shar-Pei/beagle mix was being cared for by a pet sitter through the company Rover at the time.

"I just can't believe there are people out there that have these malicious thoughts in their head about doing an act like this," said Solomon Lee, Milo's owner.

Milo suffered a broken back and severely injured rear legs.

The surgeon who operated on him says the prognosis is grim.

"The broken back with this type of severity (means he will be) most likely permanently paralyzed," said Dr. Laurent Guiot, of Access Animal Hospital in Culver City.

Lee says he hired a dog watcher through the Rover app, but when he came to pick Milo up Monday afternoon, the dogsitter said he ran off.

"We were looking for him for hours and we finally found him on the top of a two-story roof," Lee said.

There was no access to that rooftop, so LA city firefighters had to bring the injured dog down using a ladder truck.

A Rover representative says the company has started its own investigation and is paying for all of Milo's medical bills. The dogsitter is no longer with the company.

"...we are focused on joining Milo's family in hoping for a swift recovery and supporting them in any way possible," the Rover statement reads. "This type of incident is extremely rare on our platform, and we take it very seriously."