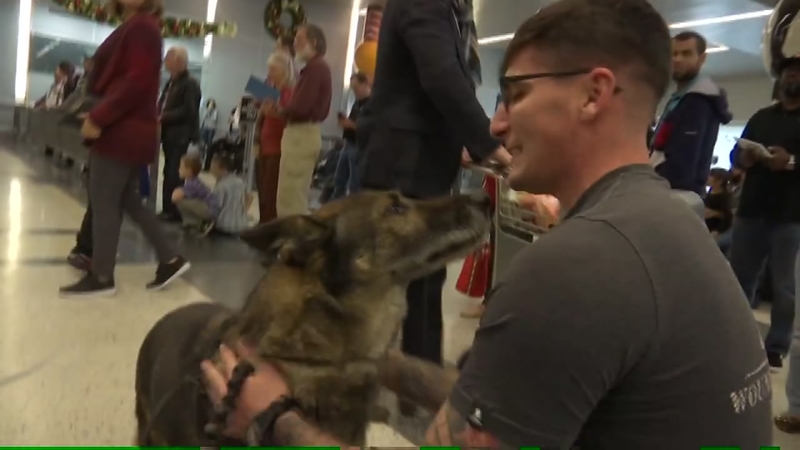 HOUSTON (KTRK) -- Of all the holiday arrivals coming in to George Bush Intercontinental Airport, there was one reunion that has been months in the making.

Navy sailor Shelby Smith was tapping his toes and wringing his hands in anticipation at the airport.

"I don't get nervous, but today is a good day. Excited he gets to come home," Smith said.

ABC13's Kaitlin McCulley captured a heartwarming reunion between a military dog and his handler.

Nathan and Smith worked in an explosives detection unit based in Italy. Last year, they were deployed to locations in the Middle East.

"I spent a lot of time with home one-on-one, away from my family. That was the only family I had," Smith said. "If I was feeling bad, he was feeling bad. If I was happy, he was happy. He was a bended ear that I could talk to when I missed home."

Smith came back to the U.S. in August and had to leave Nathan in Italy, but four months later, Nathan is home for good.