Stray dog panics during rescue until the moment she is touched 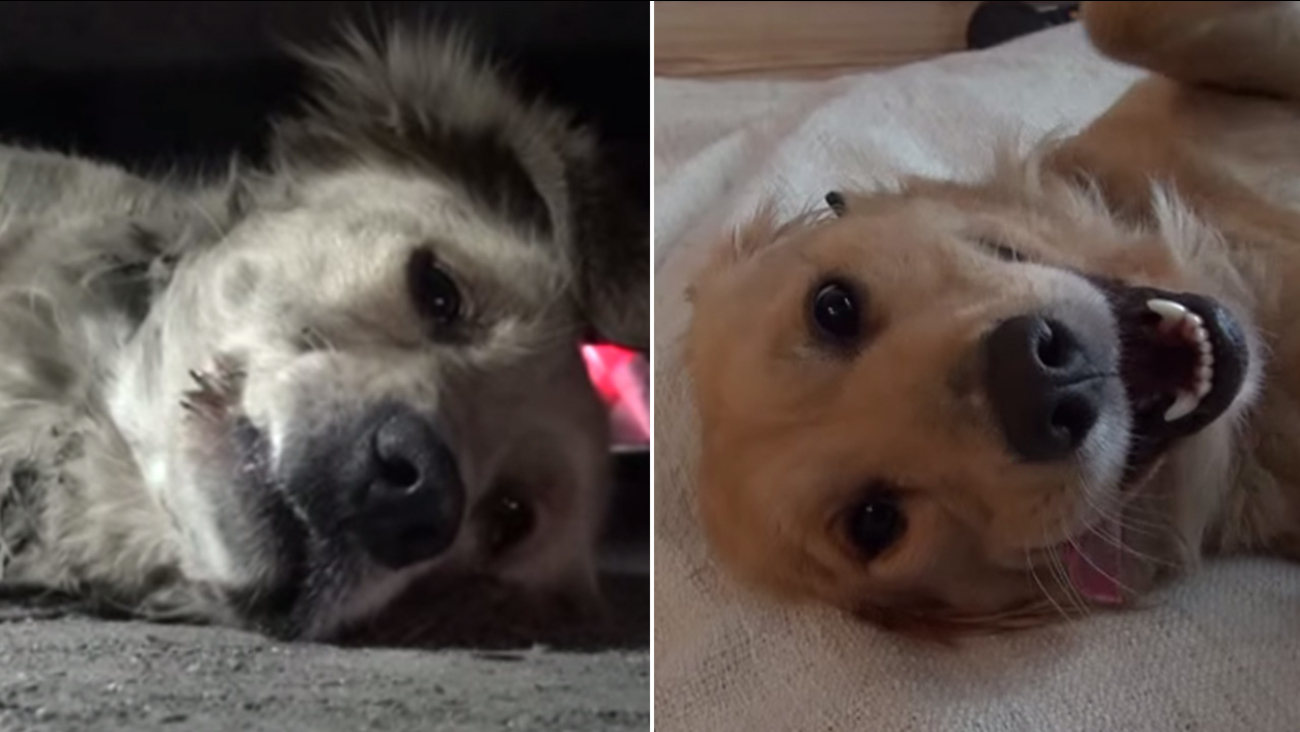 Clarabelle before and after she was rescued. (Hope For Paws/YouTube)

A heartwarming video of a homeless dog being rescued shows how quickly an animal's demeanor can shift from panic to happiness with just a compassionate touch. Watch her incredible transformation before and after the rescue.

Eldad Hagar and Lisa Arturo of Los Angeles-based animal rescue organization Hope for Paws set out to save a homeless and disheveled Golden Retriever after someone had reported the dog had been living on the streets for weeks, being fed only by kind strangers.

After four unsuccessful attempts to locate and capture the dog, later named Clarabelle, Hagar and Arturo were able to trap her under her dumpster hiding spot near a train station.

"She was so scared that she covered her eyes like a frightened child would," wrote Hagar in the video caption.

The pair tried several times to get a control leash around Clarabelle's neck, but she resisted and wrestled her way out of it. With the dog frozen in panic, Hagar reached out to pet Clarabelle's nose -- and her behavior shifted dramatically.

Hagar took his time pulling Clarabelle from out of the crawl space by her front paws, petting her in between tugs. When she was finally outside, Clarabelle warmed up to her rescuers immediately as they pet, hugged and kissed her head, transforming into an excited, happy dog within moments.

After the successful rescue, Hope for Paws saw that Clarabelle received medical treatment and placed her into foster care with the Southern California Labrador Retriever Rescue Center. Since posting the video, which was viewed over 700,000 times in a few days, the SCLRR received "tons" of applications to adopt Clarabelle.