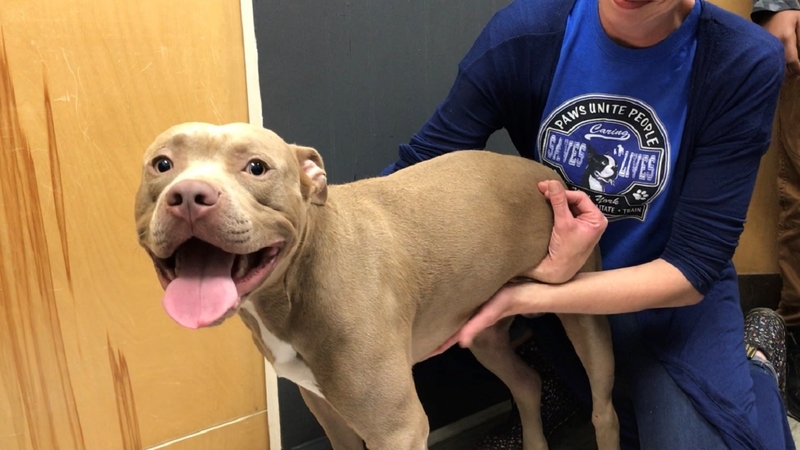 MEDFORD, Long Island -- The Odietus family hasn't seen their dog Niko in days, because the 11-month-old pit bull is recovering after being hit by a car. The family said the driver never stopped.

"I'm more angry that my kids had to see this, that they had to go through this," said Nicole Paige.

Twelve-year-old Jayden Odietus and his younger sister, Thalia, were walking Niko near their home in Medford last Wednesday around 7:30 a.m. when the incident occurred. Jayden said the driver blew through a stop sign, dodged a parked car and then hit Niko. He believes Niko protected him by getting between him and the car.

"He, like, got down like he was about to jump at the car, and I tried to yank him, and he wouldn't move at all," Jayden said.

The driver continued on and stopped a few houses down, apparently to pick up a co-worker. Paige confronted him there.

"He said, 'That's not my dog. It's your dog. You're responsible. I'm not paying for him. It's just a dog. The kids shouldn't have been walking him,''" Paige told Eyewitness News.

Paige said the man was about to drive away, but she said she was calling the police. She said the co-worker convinced the driver to wait until police arrived. Suffolk Police said no summonses were issued.

Niko has multiple severe pelvis fractures and will have surgery. The family is now facing $7,000 in surgical and recovery costs.

Animal rescue group 'Paws Unite People' has fronted some of the initial costs and is helping the family with fundraising.