Meet Eclipse, the dog who figured out how to ride the bus all by herself SEATTLE, WA -- What's a dog to do when she's all alone and just wants to get to the dog park?

For one local celebrity canine in Seattle, the answer is obvious: Take the bus. 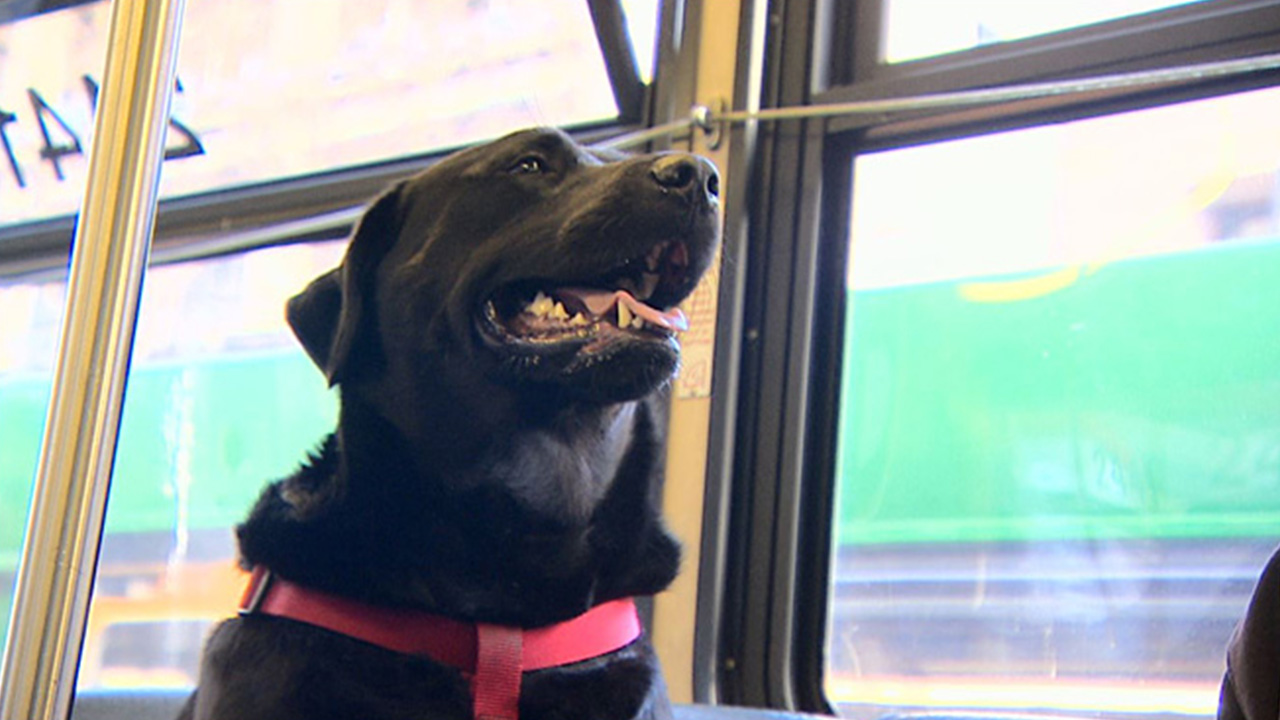 Meet Eclipse, the dog who figured out how to ride the bus all by herself
Eclipse, a black lab-gold mastiff mix, knows how to ride the D-Line in Seattle without her owner.

Eclipse, a black lab-gold mastiff mix, has figured out how to take the D-Line without her owner, ABC affiliate KOMO reports.

She does it so often that the bus drivers know her, one fellow commuter told KOMO. Just like human commuters, she knows where her stops are, hops into seats beside strangers and tries her best to get a view out the window.

It all started when Eclipse's owner, Jeff Young, started taking her to the dog park using that bus route, he told KOMO. Sometimes, the bus would come while Young was finishing his cigarette, so Eclipse would jump on without him, getting off at the stop for the dog park. Eventually it became a habit, and Eclipse was able to go to the park and back without Young.

Young still accompanies Eclipse on some trips. He said he gets a call about once a week, though, from a well-meaning stranger who has spotted Eclipse alone on the bus and thinks she is lost.

The transit agency is far from upset by Eclipse's presence. They love the dog because she loves the bus, a spokesman said.

Eclipse doesn't seem to have many dissenters. In fact, when she climbs onto the bus, some faces light up with a smile.