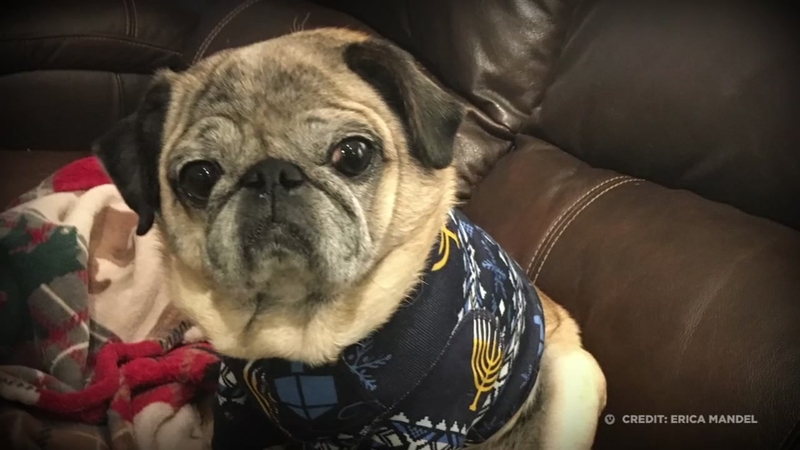 A startling number of older dogs are starting to show signs of a disease that displays symptoms similar to dementia and Alzheimer's in humans.

Medical experts say CCD is similar to Alzheimer's disease in that there are a lot of the same physical changes in the brain and some of the same correlations to behavioral changes.

Dog dementia usually starts around age nine or 10. Studies estimate more than 60 percent of dogs between ages 15 and 16 can show at least one symptom of CCD.

"Some of the signs that we do see in dogs that have CCD are dogs that have a loss of house-training, dogs that have a change in their sleep wake cycles such as they're up all night and sleep all day, and we also see sometimes where they don't recognize their owners," said Dr. Melissa Bain, DVM, MS, Professor of Clinical Animal Behavior at UC Davis.

More cases of dog dementia are coming up now partially because dogs are living longer thanks to advances in veterinary medicine.

Owners should know about the other signs to watch for including if your dog gets lost in the house, gets stuck behind furniture or becomes overly aggressive.

Dr. Bain says current treatments are limited, but what your dog eats may help.

"There are two different diets that are licensed to slow down the progression of Canine Cognitive Dysfunction in dogs. They have antioxidants in them," Dr. Bain said.

If you think your pet seems like it may have CCD, do not diagnose it yourself. It's critical to see the vet.

"There could be anything from hypothyroidism to urinary tract infections to blindness to deafness that all can mimic the signs of Canine Cognitive Dysfunction," Dr. Bain explains.

Vets are becoming more aware to ask questions earlier in a dog's life.

Still, some experts estimate as many as 80 percent of cases may not be diagnosed.