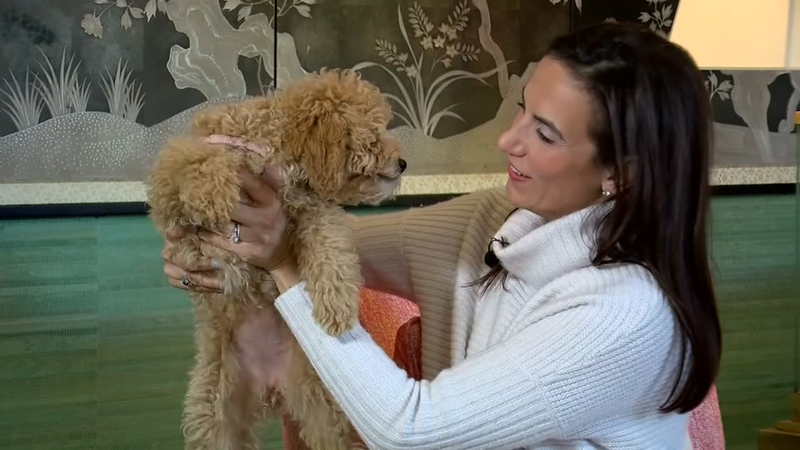 LOUISVILLE, Kentucky -- A woman says she could not imagine life without her beloved dog after the pooch was accidentally killed.

So, she decided to clone the dog.

For Katie Ryser, Hazel was so much more than a dog.

"I got Hazel when I was five months sober and I was learning how to live again," Ryser told WAVE.

When Hazel was seven years old, an SUV accidentally ran over the miniature cockapoo in the driveway.

Ryser remembered a news story she had seen just five days earlier about dog cloning and called the company, ViaGen.

"They said you still have time, but you don't have a lot of time," she said.

A vet collected skin cells from Hazel and then had to ship those cells at 38 degrees on dry ice to where they were cultivated.

ViaGen Pets explains what happens next.

"We'll take one of buddy's cells and replace the nucleus of a female dog's egg," they said via video. "The egg and cell join together and the embryo starts to grow."

After a typical gestation, the cloned dog is born.

Ryser got to meet Hazel's clone, which she named Azalea, at 11 weeks old.

"She came right into my arms," Ryser said. "Her tail was moving 100 miles an hour and she just came right to me. Everything is the same as Hazel about her-- the coloring, her eyes, her little button nose."

What's truly remarkable about Azalea is not only does she look much like Hazel, she also does some of the same things.

Ryser said while riding in the car, Azalea found the same spot Hazel did as a puppy.

"She climbed up my shoulder and laid across my back," she said.

Azalea also looks at herself in the mirror, like Hazel. She drinks out of Katie's water glass, like Hazel, and even sits in the same spot on the couch, like Hazel.

Ryser acknowledges cloning a pet may not be for everyone.

"I know that it might seem excessive, and I'm very aware of that. Hazel was not only an incredibly important part of my sobriety and learning how to be a human being again, but she was also a perfect dog," said Ryser.

And now, she has another perfect dog.