Gus the Dog: An ambassador for stray dogs everywhere 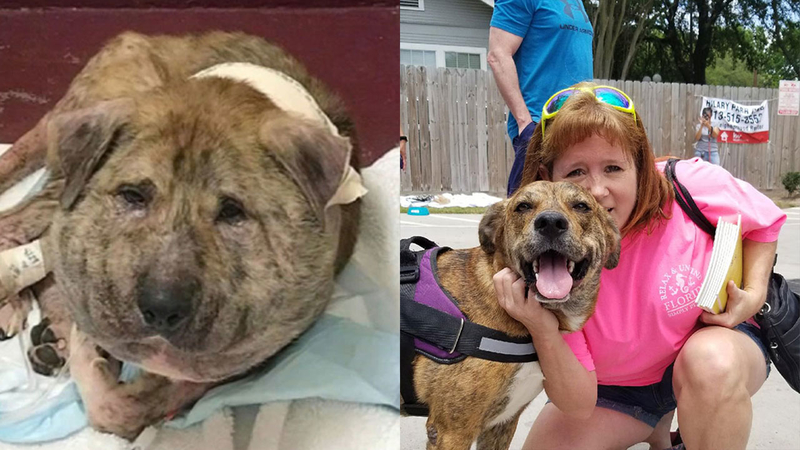 Gus the Dog: An ambassador for stray dogs everywhere

HOUSTON, Texas (KTRK) -- A dog found severely abused in southeast Houston has a new job: he's an ambassador for other stray dogs.

The dog, who has since been named "Gus," was found with a shoestring embedded into his neck in September 2018.

Abused dog on road to recovery with help from Aggie vets

He had also been hit by at least one car and shot several times with a pellet gun.

"You couldn't even tell he was a dog," explained Anna Barbosa with Houston K-911 Rescue. "Doctors are amazed that he can even walk."

After multiple surgeries by veterinarians at Texas A&M University, Gus was adopted by the rescue organization to serve as an ambassador.

Every dog deserves love like this! But, especially #GusTheDog, who was found severely abused last year in SE Houston.

He visited with 2nd graders at Poe Elementary School on Thursday, May 23.

"I was expecting him to not feel well,' said 8-year-old Ellie Nichols.

You might expect Gus would be fearful or skittish, but he sat quietly as students gathered around him.

Who remembers #GusTheDog? The poor baby was found severely abused in SE Houston. Now, he’s living the life, getting loved on by students all over our city! #abc13

He was a little unsure of the clothes and treats the students gave him, but still kept his composure, making sure they all got a chance to pet him.

"You should treat them how you want to be treated," explained 8-year-old Zion James.