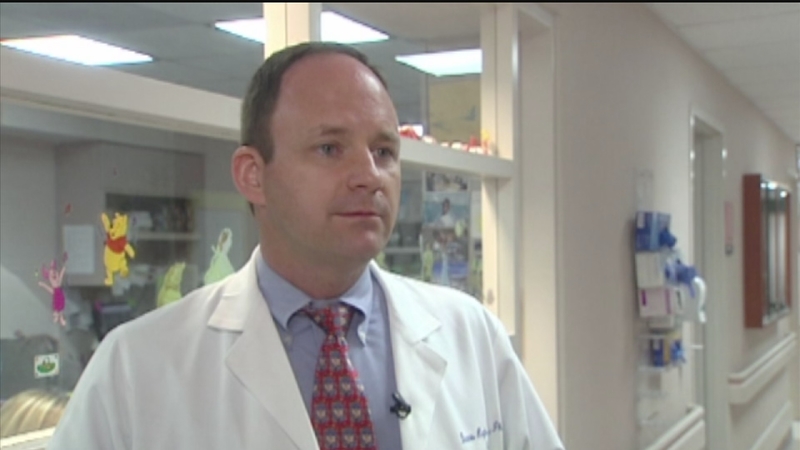 Board suspends license of charged doctor

HOUSTON (KTRK) -- MD Anderson Cancer Center says a pediatric doctor charged with possession of child pornography is no longer employed at the hospital.

In a statement issued to Eyewitness News Thursday, MD Anderson said Dennis Hughes resigned his position following discussions between his attorneys and the cancer center, and his resignation was accepted.

Within minutes of that, the Texas Medical Board announced it had temporarily suspended the license of Dr Dennis Hughes, stating that he "represents a continuing threat to public health, safety and welfare that requires immediate effect of an Order of Temporary Suspension."

On Friday, the world-renowned doctor was arrested in his Pearland home for allegedly possessing thousands of images of child pornography in his home. Federal agents say the doctor had more than 8,000 images of young girls inside his home. MD Anderson has contacted more than 200 of his patients and has an estimated 800 more patients to go.

As Eyewitness News first reported, Hughes was arrested for indecent exposure in Michigan in 2001, when he was a fellow at the University of Michigan and working in pediatric care at a local children's hospital. The victim was a 13-year-old girl; now she's 27. She says he exposed himself twice, first in a parking lot after a basketball tournament.

"The second time, I happened to be walking home from school with a friend. He was right next to me. He exposed himself to me again. It was done in a way that I would be the only one that would see it. I just ran," said the woman who asked to remain anonymous.

Two trials followed. In the end, both juries found the doctor not guilty.

"The verdicts speak for themselves. He was acquitted not once but twice," said Hughes' current defense attorney Neal Davis who added the arrest wasn't even brought up during a bond hearing on Wednesday.

It also never showed up in background checks at St Vincent de Paul, where Dr. Hughes is an active volunteer in church and his children's school or at MD Anderson where he worked with child patients for 11 years.

"An arrest for indecent exposure would have raised significant concerns but we were not aware," said Oliver Bogler, Vice President of Academic Affairs at MD Anderson.

Federal agents say Hughes told them he had viewed child pornography since the late 1990s. Davis says he needs treatment.

The woman from his past agrees.

"I tend to think it's an illness. He obviously works with vulnerable people and I think it's important if there are other people who had anything done to them, they would feel safe coming forward," she added.

No evidence has surfaced indicating the doctor of physically abusing any patient or other children with whom he's had contact.

Hughes was released from jail Wednesday after posting a $50,000 bond. The conditions of his release include wearing a GPS ankle monitor and no contact with children other than his own.