AP
LOS GATOS, California -- An emergency room doctor has been suspended after cursing and mocking a man who said he had an anxiety attack.

The San Jose Mercury News reports that Dr. Beth Keegstra, a contract doctor with El Camino Hospital in Los Gatos, was suspended after she was recorded on June 11 questioning whether 20-year-old Samuel Bardwell was sick or just looking for drugs.

Bardwell's father, Donald, said his son suffers anxiety attacks and takes the drug Klonopin. But the college student hadn't picked up a prescription for two days before suffering an attack and collapsing after basketball practice. He was transported by ambulance to an emergency room.

She replied, "You must be dead," and called him "the least sick of all the people who are here, who are dying."

Samuel said he received this treatment after waiting three hours to see a doctor.

Samuel said he told the doctor parts of his body were numb, he was in pain, and having trouble breathing.

"He can't inhale! Wow! He must be dead. Are you dead, sir? I don't understand, you are breathing just fine," Keegstra said in the video, laughing. "Do you want us to wheel you to your house in a gurney?"

Samuel said when Keegstra arrived to examine him, she was accompanied by a security guard. He said that's when he asked his dad to start recording.

At another point in the video, as Keegstra used her stethoscope on Samuel, she said, "No. You have changed your story every (expletive) time."

She then left the room, saying, "Put an IV in him, give him a liter fluid and we'll get him out of here. That's what he says he needs. He's obviously a doctor."

In a statement, the hospital told ABC News, "We have expressed our sincere apologies and are working directly with the patient on this matter... Our contracted provider for emergency services has been notified to permanently remove this physician from the list of approved physicians assigned to provide emergency care at our hospitals."

"In my mind, I don't think she should be practicing medicine at all. Because if it's not a race thing and she treats everybody that way, then that's a problem," Donald said.

ABC News contributed to this report.
Report a correction or typo
Related topics:
health & fitnesscaliforniacollapseharassmentcaught on videou.s. & worldbasketballdoctorscollege studentcaught on cameradrugs
Copyright © 2020 by The Associated Press. All Rights Reserved.
HARASSMENT 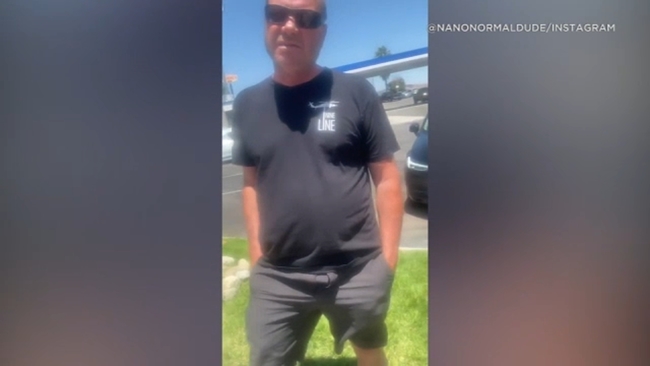