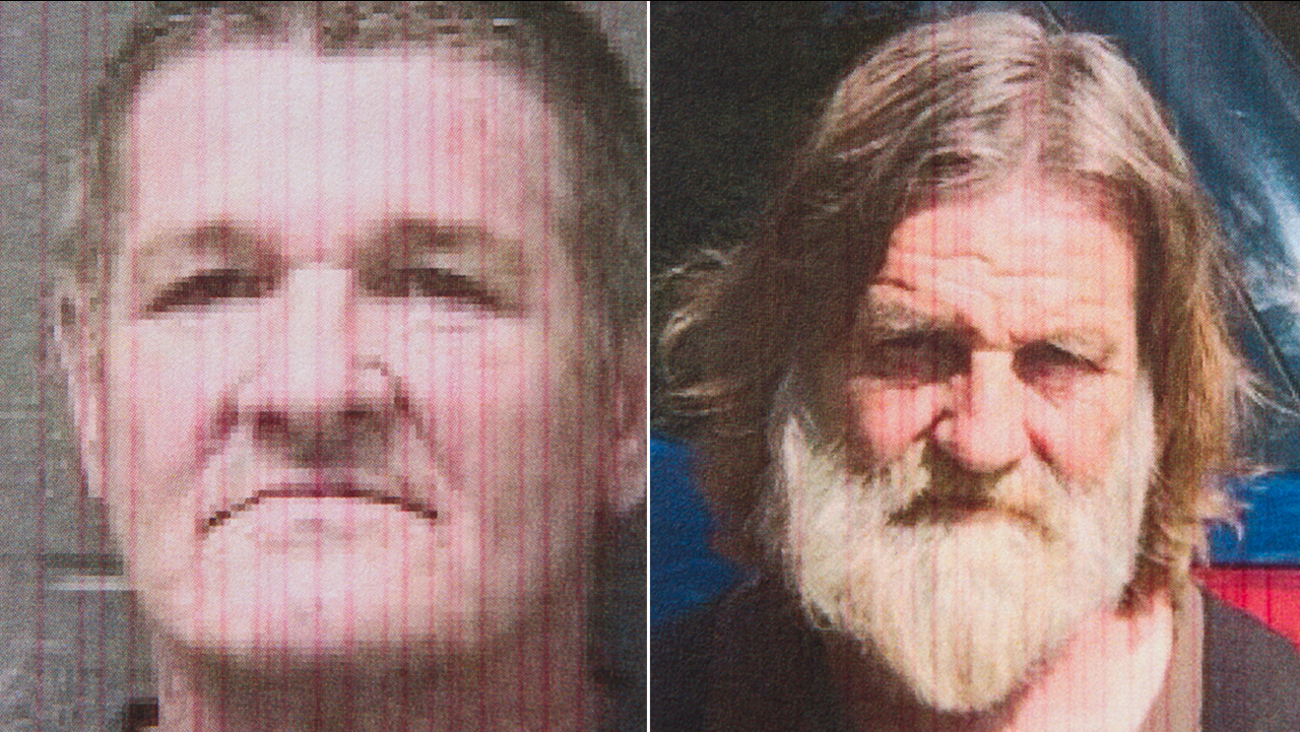 MARYSVILLE, CA -- An investigator "with a bit of free time" decided to send for testing DNA samples from a long-dormant cold case, which led authorities to arrest a pair of men linked to the 1973 shotgun slayings of two young girls, authorities said.

Police in Oklahoma and California arrested the two 65-year-old suspects Tuesday morning for the murders of Valerie Janice Lane, 12, and Doris Karen Derryberry, 13.

The seventh grade classmates told their mothers they were going to a mall shopping near their homes about 40 miles north of Sacramento on Nov. 12, 1973. Witnesses saw them in their neighborhood that night, but neither girl returned home. Both suspects were living in Olivehurst at that time, investigators said.

Two boys were target shooting and found the girl's bodies about 20 hours later, according to news accounts at the time. Investigators say the girls were driven to a wooded area and shot at close range.

Authorities then and now said a large-scale investigation was immediately launched and some 60 people interviewed over a three-year period before the case went cold for a lack of solid leads and was shelved in 1976.

In March 2014, an investigator doing a routine look through cold cases decided to send semen samples found on Derryberry's body and preserved for 43 years to the state Department of Justice forensics lab. Seven months later, state DOJ technicians reported that the DNA in the semen matched the genetic profiles of cousins Larry Don Patterson and William Lloyd Harbour, who each committed serious enough crimes since 1973 to have their DNA samples collected and placed in law enforcement computer systems.

"Over time, anyone that's been assigned to our investigations unit for any length of time looks into some of the unsolved cases that we have," Yuba County Sheriff Steve Durfor said. "And this was one in particular that one of our investigators had a bit of free time and really looked very closely at this case and identified that we should send some things off and see what it might yield for us."

Durfor said both suspects served prison sentences. Patterson was arrested in 1976 for raping two women and again in 2006 for failing to register as a sex offender, Durfor said. Harbour had felony drug convictions, Durfor said.

Patterson was arrested Tuesday morning in Oklahoma. Harbour was arrested after a traffic stop two hours later near his home in Olivehurst, where the two victims also lived.

Durfor said the victims' families were told of the arrests Tuesday morning and have requested privacy.

The families "have endured decades of suffering and grief for not knowing who was responsible for the brutal murder of their loved ones," Durfor said.

Some of the family members are now elderly and "have waited for something for 43 years for an answer as to what happened to their kids," Yuba County District Attorney Patrick McGrath said.

"Olivehurst, 43 years ago, was a very small community - still small," McGrath said of the town of about 14,000 people. Harbour lives near one of the victim's families, and "inevitably there will be contact between various families and this is a situation we had to talk to them about. There will be a lot of frustration, there will be a lot of anger, a lot of things that we need to be concerned about."

The twin slayings four decades ago shocked the small community and the nation, he said.

The girls' slayings made headlines around the nation at a time when such killings seemed rare, McGrath said. Both men will face murder charges, he said.

It took more time to reopen an investigation so old that several of the investigators and the pathologist who conducted the autopsy have since died, McGrath said. They then had to locate Patterson, who is being held as an unregistered sex offender while he awaits an extradition hearing from Oklahoma to California.