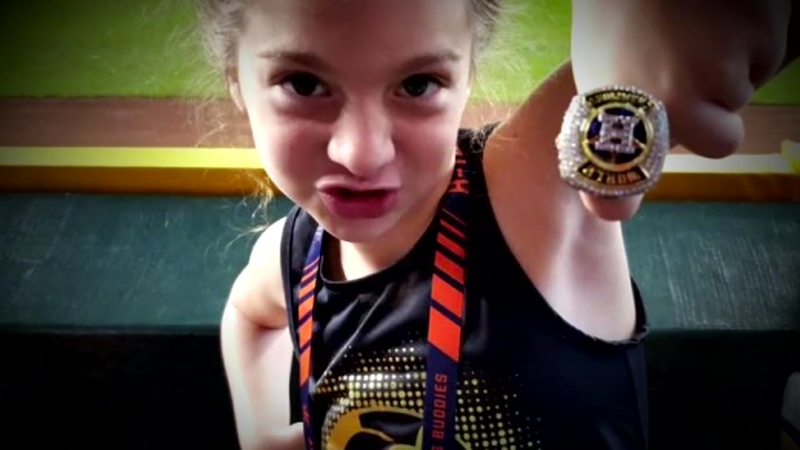 What exactly is DMDD disorder?

HOUSTON, Texas (KTRK) -- Eight-year-old Chloe Beaver's struggle to regulate her emotions went public this week after a fan at an Astros game told her to stop cheering so loudly.

But, by going viral, the little girl has suddenly become the face of a disorder that was unfamiliar to many people.

Until the story went viral on Facebook, "I felt we were alone," Beaver said. "Chloe had serious temper tantrums since she was a toddler. She goes from meltdown to shut down, to extremes, with nothing in between. It wasn't until she went to school and the teachers and staff saw she was having issues that it was diagnosed."

Chloe has what's called Disruptive Mood Dysregulation Disorder. It was given its name five years ago, and is considered to be similar to bipolar disorder, but with differences.

"The children diagnosed with it are always irritable," said Dr. Carlos Guerra, with Memorial Hermann, "even when they're not having tantrums."

Most children have tantrums, but Guerra said the ones showing signs of DMDD have extreme ones and have at least three a week, sometimes without any apparent provocation.

Three to seven percent of children are said to have the disorder, and the symptoms manifest between the ages of 6 and 18.

Cognitive therapy, Dr. Guerra said, is a standard form of treatment, and medication can also be prescribed. The symptoms appear to lessen as the patient ages, he said. The cause is unknown.

Like other children with the disorder, Chloe has few friends, and her mother said she is bullied by other kids, who don't understand her daughter's condition. Because her story has gotten international attention, she has a lot of support on social media, and new friends who are Astros players.

Pitcher Lance McCullers is saving a seat for Chloe at the Astros first playoff game at Minute Maid. Others are offering her jerseys and fan gear.

"It's a little overwhelming," said her mom. "I'm giving her time to take a breath, but she's so excited about all this. And I've heard from other parents who told me their children have the same disorder. They thought they were the only ones with a child going through this. We're not alone anymore."