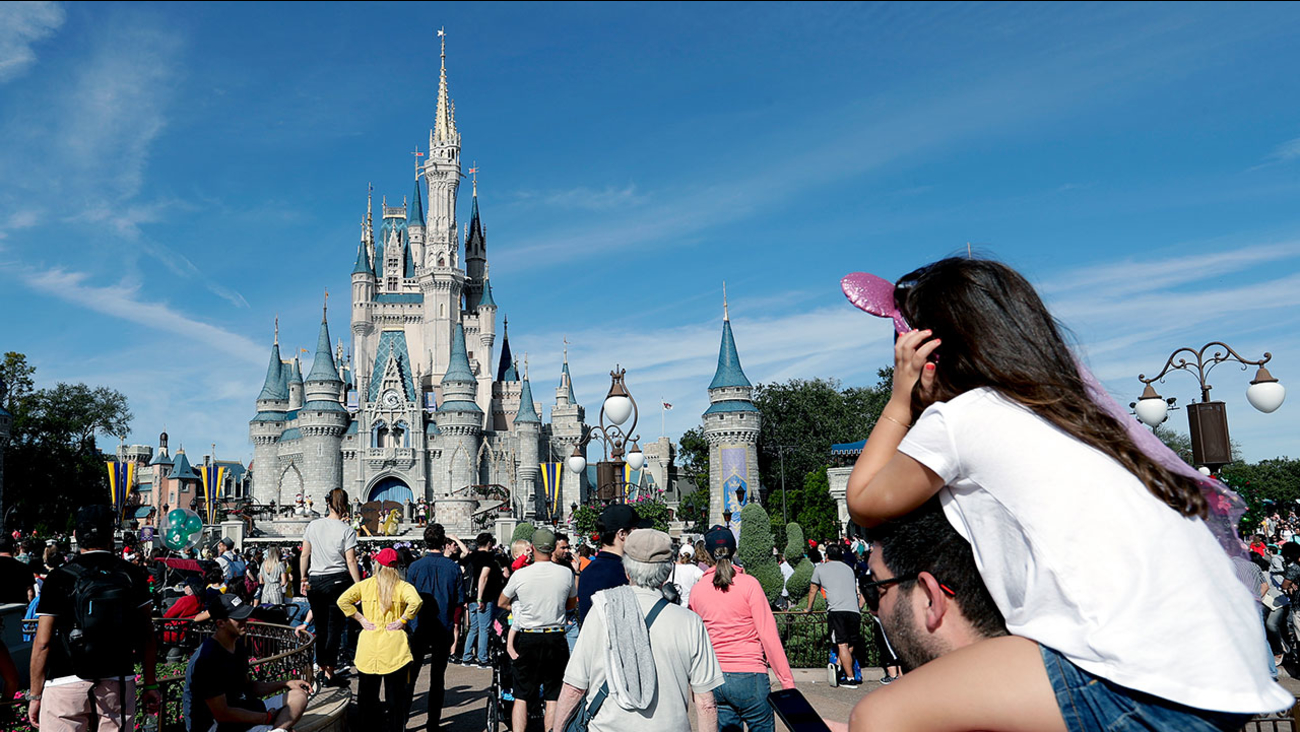 In this Wednesday, Jan. 9, 2019 photo, guests at watch a show in front of the Cinderella Castle at the Magic Kingdom at Walt Disney World in Lake Buena Vista, Fla. (AP Photo/John Raoux)

ORLANDO, Fla. -- Walt Disney World Resort in Florida will temporarily close due to the spread of the novel coronavirus, the Walt Disney Co. said Thursday evening.

The closure will go into effect Sunday, March 15 and last through the end of March. Disneyland Paris will also temporarily close and Disney Cruise will suspend all new departures.

"Out of an abundance of caution and in the best interest of our guests and employees, we are proceeding with the closure of our theme parks at Walt Disney World Resort in Florida and Disneyland Paris Resort, beginning at the close of business on Sunday, March 15, through the end of the month. Disney Cruise Line will suspend all new departures beginning Saturday, March 14, through the end of the month," the company said in a statement.

Earlier Thursday, the company announced Disneyland Resort in Anaheim, Calif., would temporarily close starting Saturday through the end of the month due to the threat in Southern California.

Tokyo Disney Resort closed on Feb. 28 and is expected to remain shut down through March 15. Both the Shanghai Disney Resort and Hong Kong Disneyland Resort were shut down in January due to the outbreak of the virus.

The company's film studio has also postponed the upcoming theatrical releases of "Mulan," "The New Mutants" and "Antlers."