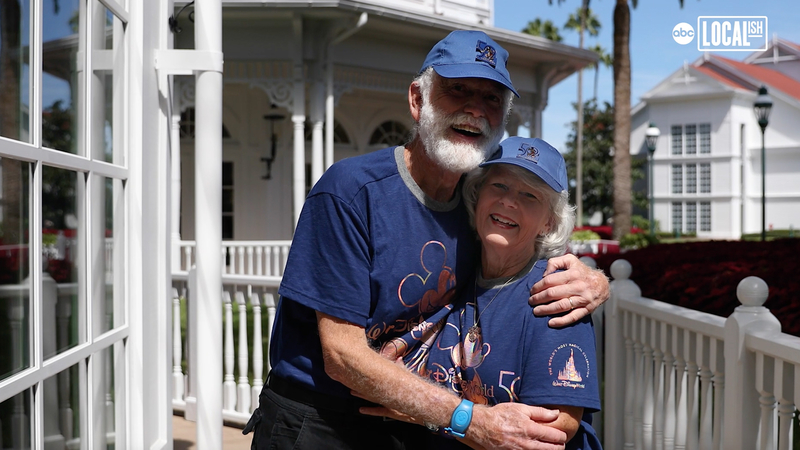 ORLANDO, Fl. -- Suzanne and David Switzer have been going to the Disney parks for as long as they can remember. While they currently live in South Carolina, they try to make it to the parks at least once a month.

"I went to Disneyland as a child in 1955, and that was the year it was opened, and that kind of got me hooked on Disney," says Suzanne, who also got her husband, David obsessed with the magic of Disney after they were married.

This year, Suzanne and David are celebrating their 50th wedding anniversary, coinciding with Walt Disney Worlds' own 50th-anniversary celebration. The park holds decades of special memories for the couple, whose six children practically grew up in the parks.

"Every two to three years we had somebody that had a new experience," says David, who can't help but reflect fondly on all of the incredible memories he and his family experienced at Disney. "It's just so special to look back at the memories," Suzanne adds.

Today, Suzanne and David don't need to bring their kids to Disney in order to have fun, and often go to take pictures and meet their favorite characters. They are planning to have a vow renewal at Disneys Wedding Pavilion, the same place where they celebrated their 25th wedding anniversary in 1995.