Body of toddler taken by alligator at Disney resort found 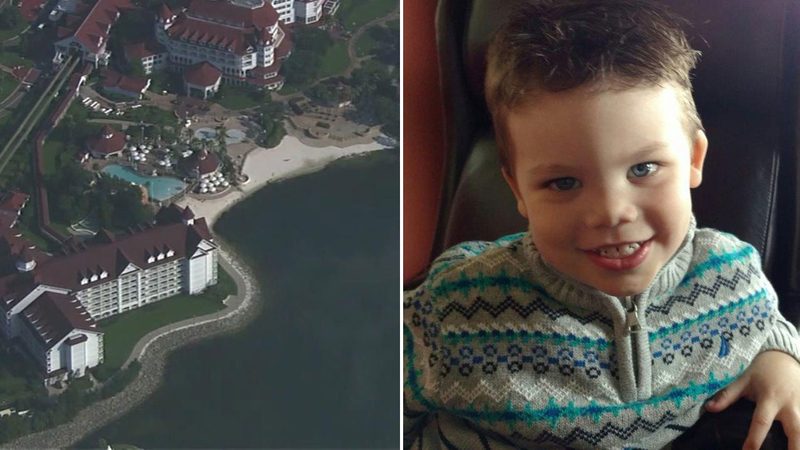 Body of toddler taken by gator at Disney found

ORLANDO, FL (KTRK) -- A Florida sheriff says searchers have recovered the body of 2-year-old boy snatched from the shoreline by an alligator in a lagoon at Disney's Grand Floridian Resort & Spa in Orlando. Authorities say the child is Lane Graves, and his body was recovered intact. The medical examiner is on the scene. The family has been notified. The sheriff says while they were certainly distraught, they seemed to have some measure of solace as Lane's body was recovered.

Officials say "We are just focused on trying to find that young boy."

The boy was taken Tuesday evening, and hours later, when it became clear the boy wouldn't have survived, the goal became to find the child's body and give the family closure. The Orange County Sheriff's office says the boy was taken under water.

Lane's body was found not far from the area where he was last seen, in murky waters. An autopsy will be performed, but the sheriff says he believes the child drowned after being pulled under by the alligator.

At a press conference earlier today, Florida authorities said another alligator was found in the man-made body of water.

Disney closed beaches Wednesday at their resorts "in an abundance of caution."

Authorities said today that Disney has done everything "by the book," noting the company has not had an incident in 45 years and that the company has a wildlife management system in place. The company keeps track of the animals and routinely take alligators off lakes and property. There is no fencing or structures to keep alligators out because there is not feasible option to do so, according to authorities.

The 2-year-old boy was pulled into the Seven Seas Lagoon Tuesday around 9:20 pm, according to the Orange County Sheriff's Office. He was playing in about a foot of water when the gator attacked. The child's family, vacationing from Nebraska, was in a sandy beach area at the lagoon when the incident happened.
EMBED More News Videos

Authorities searched for a 2-year-old boy who was pulled into water by an alligator near Disney's Grand Floridian Resort & Spa in Orlando.

Orange County Sheriff Jerry Demings said the child's father and mother both tried to go into the water to rescue the boy and pull him from the gator's mouth, but were unsuccessful. The father was cut on his arms during the attack.

The alligator was described as possibly four feet to seven feet in length, witnesses told investigators.

Police tape surrounded the water as spotlights were set up and helicopters flew above the resort to aid the search. Sixty officers from the sheriff's office and Fish and Wildlife Conservation searched for the child. An alligator trapper was out on the water with marine units to try to find the reptile.


The Victorian-themed luxury resort, which opened in 1988, is one monorail stop from Disney World's Magic Kingdom. The Seven Seas Lagoon reaches a depth of about 14 feet and is used for boating activities.

Crews search for a child who authorities said was pulled into water by an alligator at Disney's Grand Floridian on Tuesday, June 14, 2016.

Although it is a man-made lake, it is stocked with fish and connects with a natural lake, Bay Lake.

Officials said they had not previously received reports of alligators in that area.

Nick Wiley, FWC executive director, said, it's not common at all for people to be attacked by alligators. He said, "There is a sign on the beach that says 'no swimming,' but that is it. There is not a sign that warns about gators."

Wiley said Florida has alligators in all bodies of fresh water.

He added, "I am optimistic that we will have some success, but it will take some time."

FWC has taken four gators from the lake. They will be euthanized.

Robert A. Iger, Chairman and Chief Executive Officer of The Walt Disney Company, also issued a statement Wednesday. It said:
"As a parent and a grandparent, my heart goes out to the Graves family during this time of devastating loss. My thoughts and prayers are with them, and I know everyone at Disney joins me in offering our deepest sympathies."

The Walt Disney Co. is the parent company of abc13.

If you ever come across an alligator, Texas Parks and Wildlife officials has a list of what you should do, as well as a list of DOs and DON'Ts for people living with alligators.