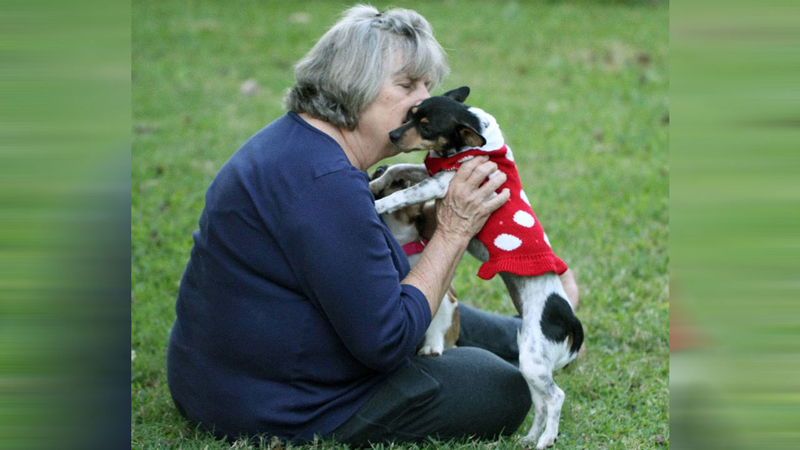 DICKINSON, Texas (KTRK) -- We're getting our first look at one of two women who died while trying to rescue a dog on a dark street.

Authorities say 69-year-old Linda Kirkland and 66-year-old Martha Arvidsson were hit by a car Sunday evening on FM 517 in Dickinson.

The incident happened around 8 p.m. at Houston Avenue, when the women were trying to round up a dog to keep it from being hit by a vehicle.

When officers arrived, they found the two women dead at the scene and two vehicles were in the roadway.

Authorities say a driver of a third vehicle that appeared to be involved in the accident also remained at the scene.

Detectives, along with an accident reconstruction team and the Galveston County District Attorney's Office, were called to the scene.

FM 517 was completely closed to traffic for hours during the investigation.