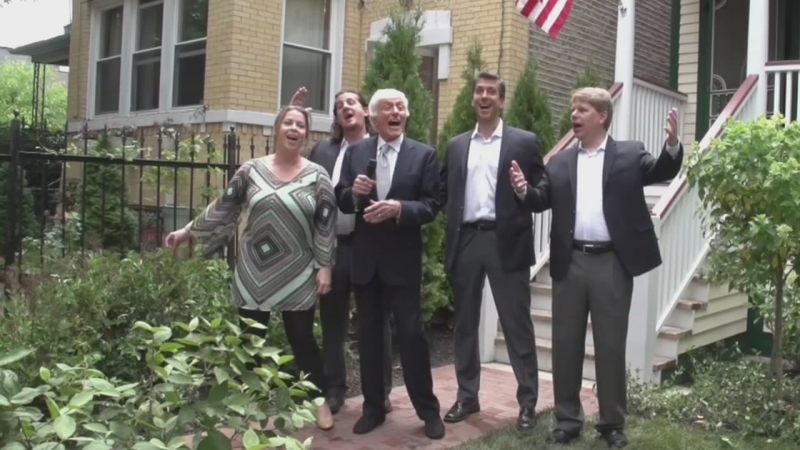 CHICAGO, IL -- Actor Dick Van Dyke visited the birthplace of Walt Disney in Chicago on Sunday and led an impromptu performance of "Let's Go Fly a Kite" from "Mary Poppins."

Van Dyke, now 90, was in Chicago to promote his Dick Van Dyke Foundation for the Performing Arts. He stopped by The Walt Disney Birthplace, located in the house where Disney was born in 1901. The site hosts an early childhood creativity center and is undergoing restoration to its original historic condition.

Van Dyke co-starred as the cockney chimney sweep Bert in the 1964 film, which was nominated for 13 Academy Awards and won five, including Best Score.

With a small crowd gathered outside, he led a performance of "Let's Go Fly a Kite" in front of the home along with his wife Arlene and the Vantastix, his acapella singing group.